The Tortoise and the Hare Activities and Lesson Plans for 2023

Elementary teachers looking for lesson plans and activities for The Tortoise and the Hare will find this post helpful. It includes resource recommendations, free teaching ideas, and information about the book. You’ll have everything you need to deliver engaging interactive read aloud lessons based on this story.

With themes of peer influence, this The Tortoise and the Hare picture book by Janet Stevens is a favorite in 1st, 2nd and 3rd grade classrooms. It will be a big hit in your classroom too! Learn more about this book below!

Engage Your Students with The Tortoise and the Hare Lesson Plans & Activities in 3 Easy Steps: 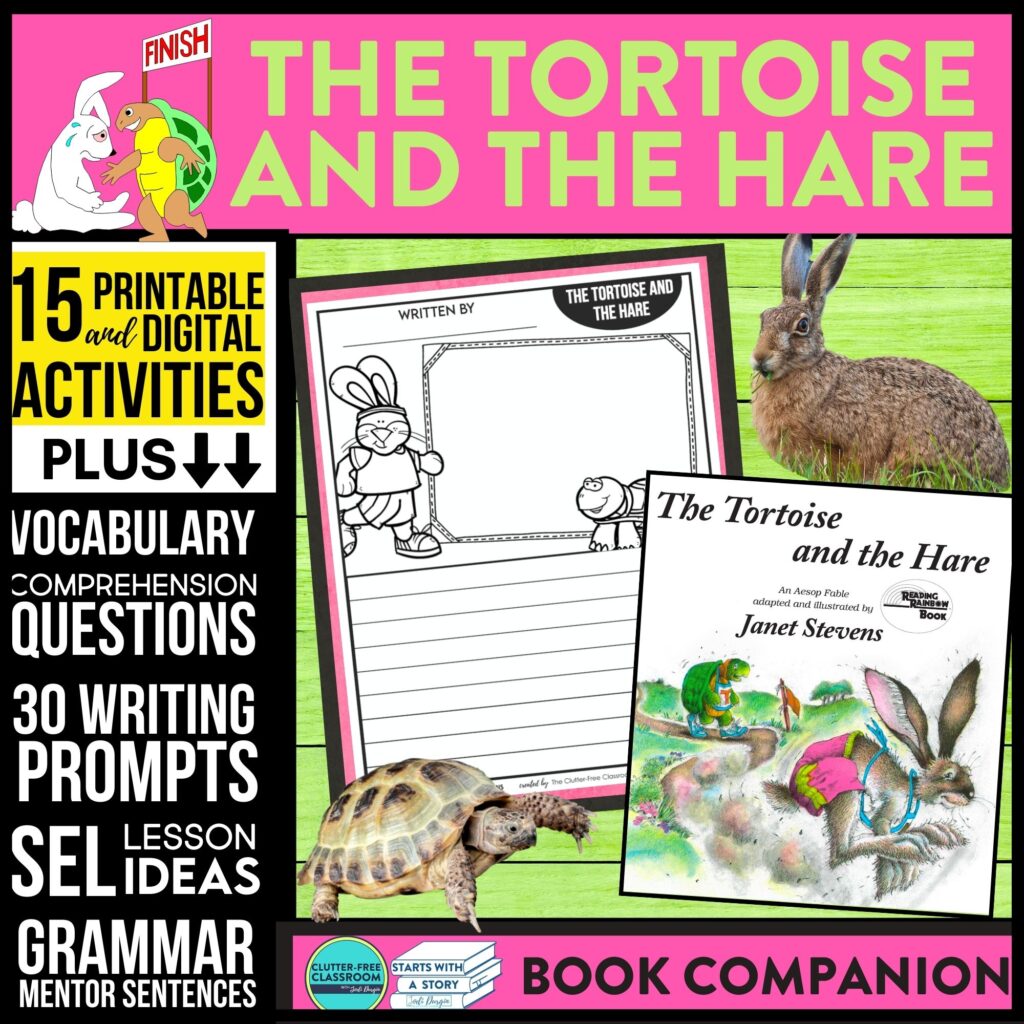 THE TORTOISE AND THE HARE SUMMARY

Janet Steven’s rendition of the classic fable, The Tortoise and the Hare, makes a great mentor text for students. Hare is constantly teasing Tortoise for being slow at everything he does: eating breakfast, gardening, and going to the store. When Hare challenges Tortoise to a race, Tortoise agrees that he could never win. However, thanks to some support and encouragement from his friends, Tortoise agrees to the race.

Tortoise’s friends Rooster, Racoon and Frog help Tortoise to prepare for the race. When it is finally the day of the race, Hare is off and running before Tortoise can even get started. Shortly into the race, Hare is feeling confident and decides to take a break at Bear’s house for a drink. They are both surprised when they see Tortoise pass by the house. Hare is able to quickly pass Tortoise again and takes another break, this time for snacks at Mouse’s house. When Tortoise passes again, Hare brags that he isn’t worried. He is able to pass Tortoise again in no time.

Feeling tired from all the snacks, Hare decides to take a nap by the pond. However, he wakes up the the sounds of cheering! Tortoise is almost at the finish line. Before Hare can get there, Tortoise crosses the finish line and wins the race!

Tortoise learns that it’s not always about being the fastest. Sometimes, hard work and perseverance pay off.

THE TORTOISE AND THE HARE LESSON PLAN IDEAS

When it comes to writing lesson plans and finding activities for The Tortoise and the Hare, we’ve already done all of the heavy lifting for you. 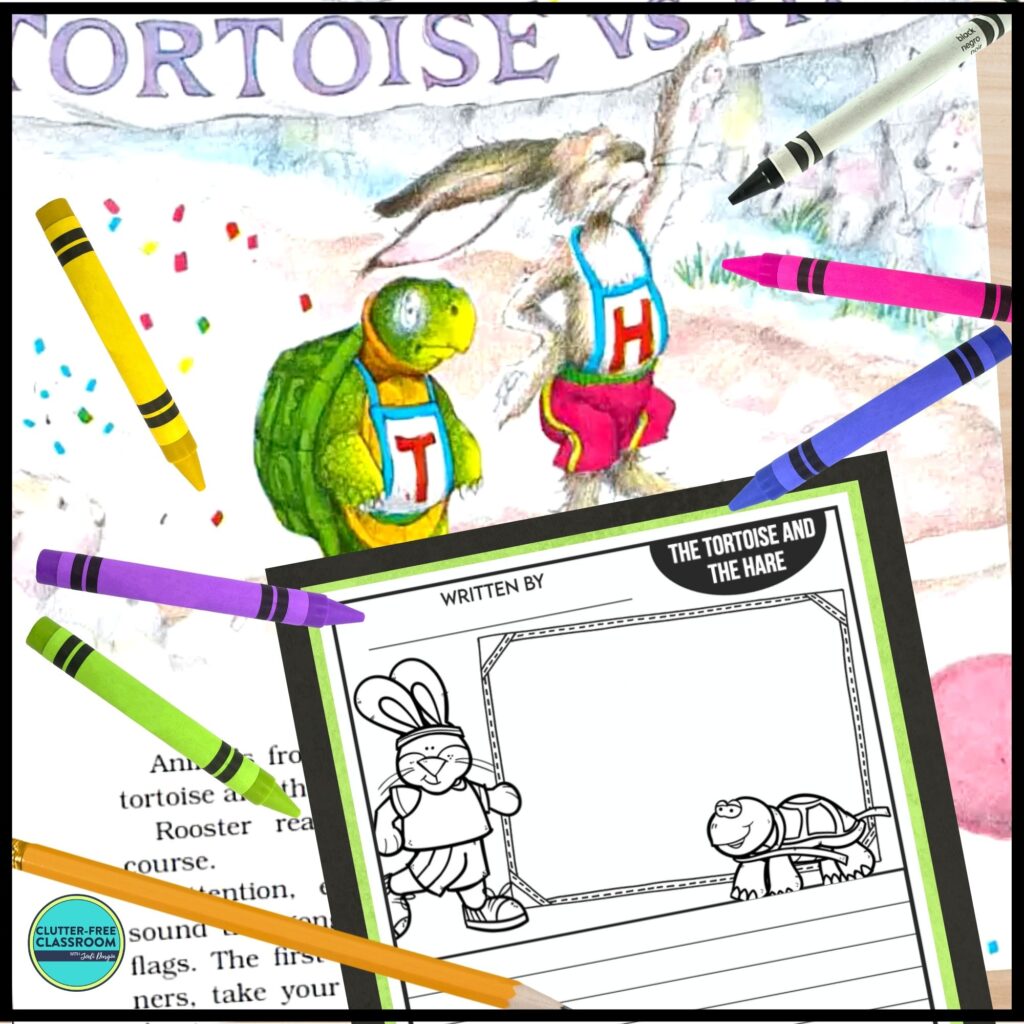 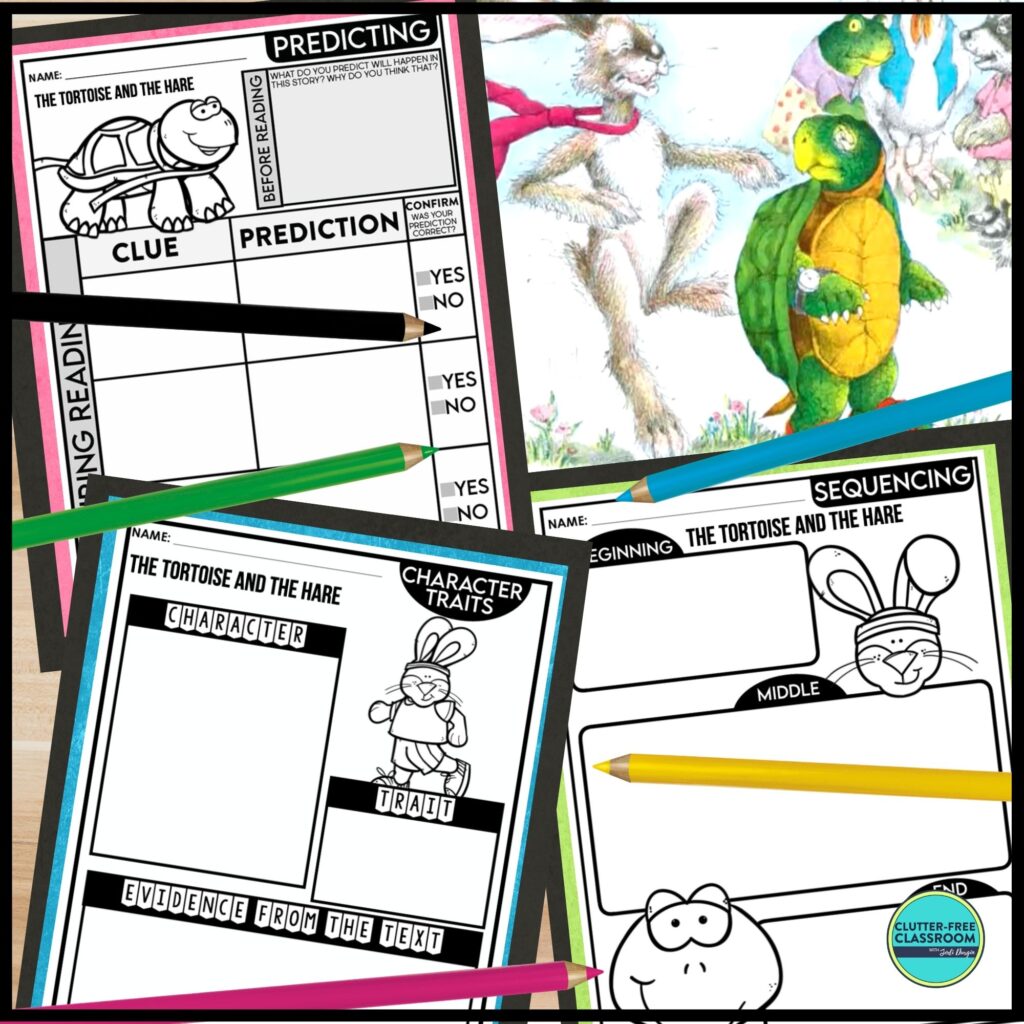 The text-based The Tortoise and the Hare reading comprehension questions focus on:

THE TORTOISE AND THE HARE ACTIVITIES 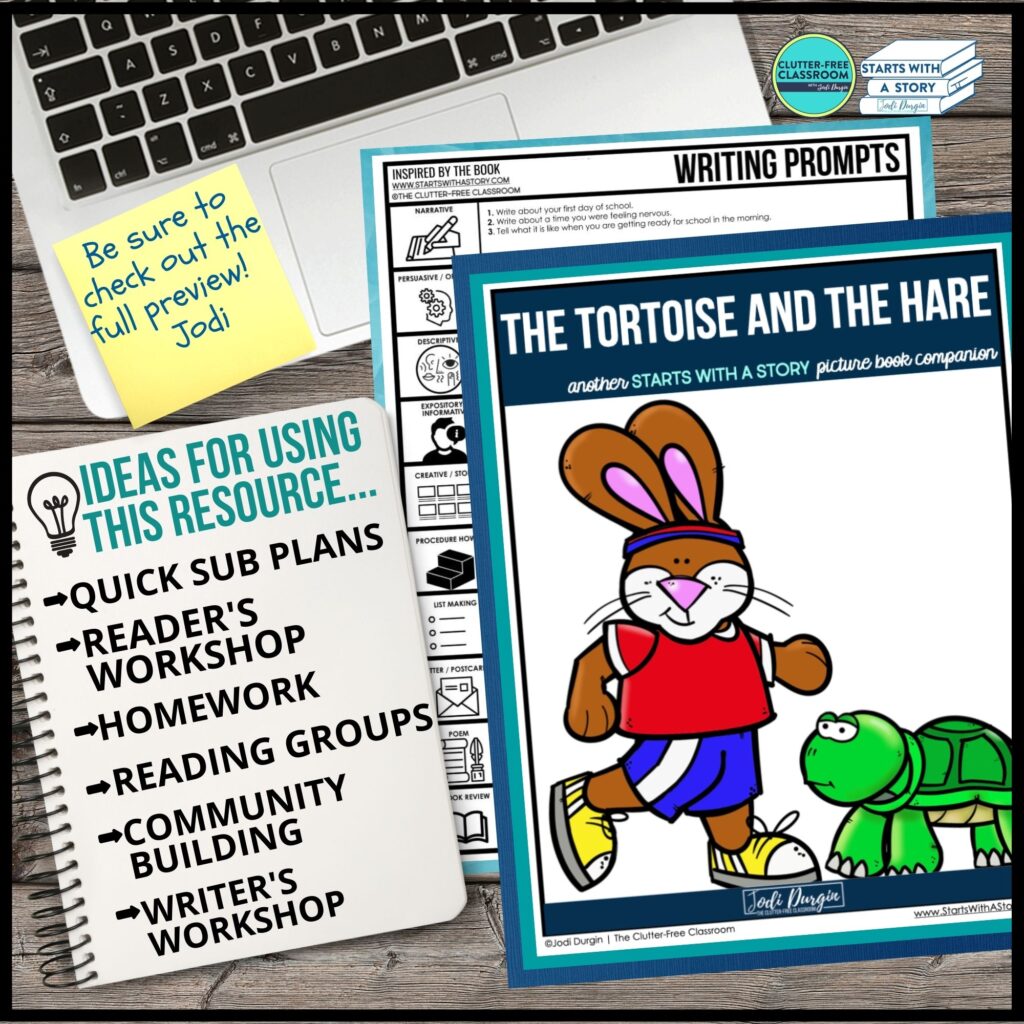 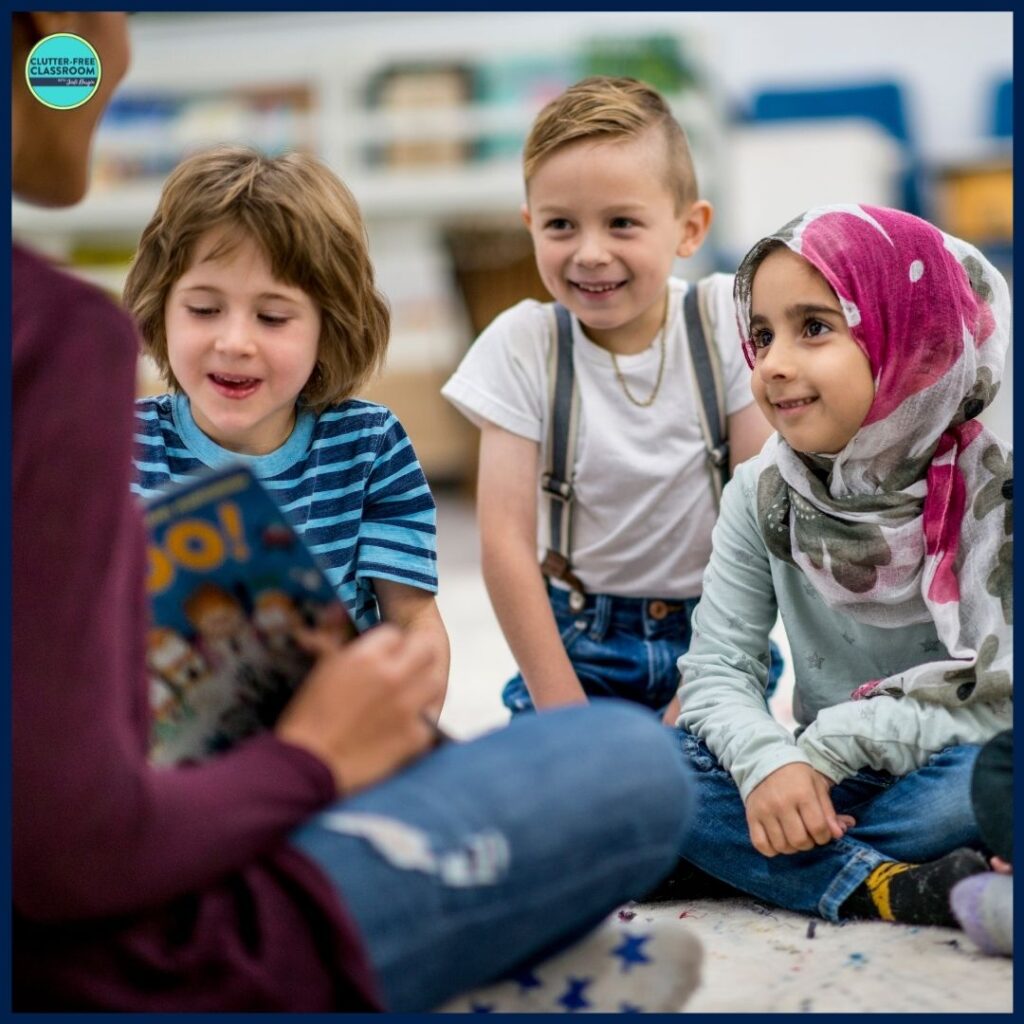 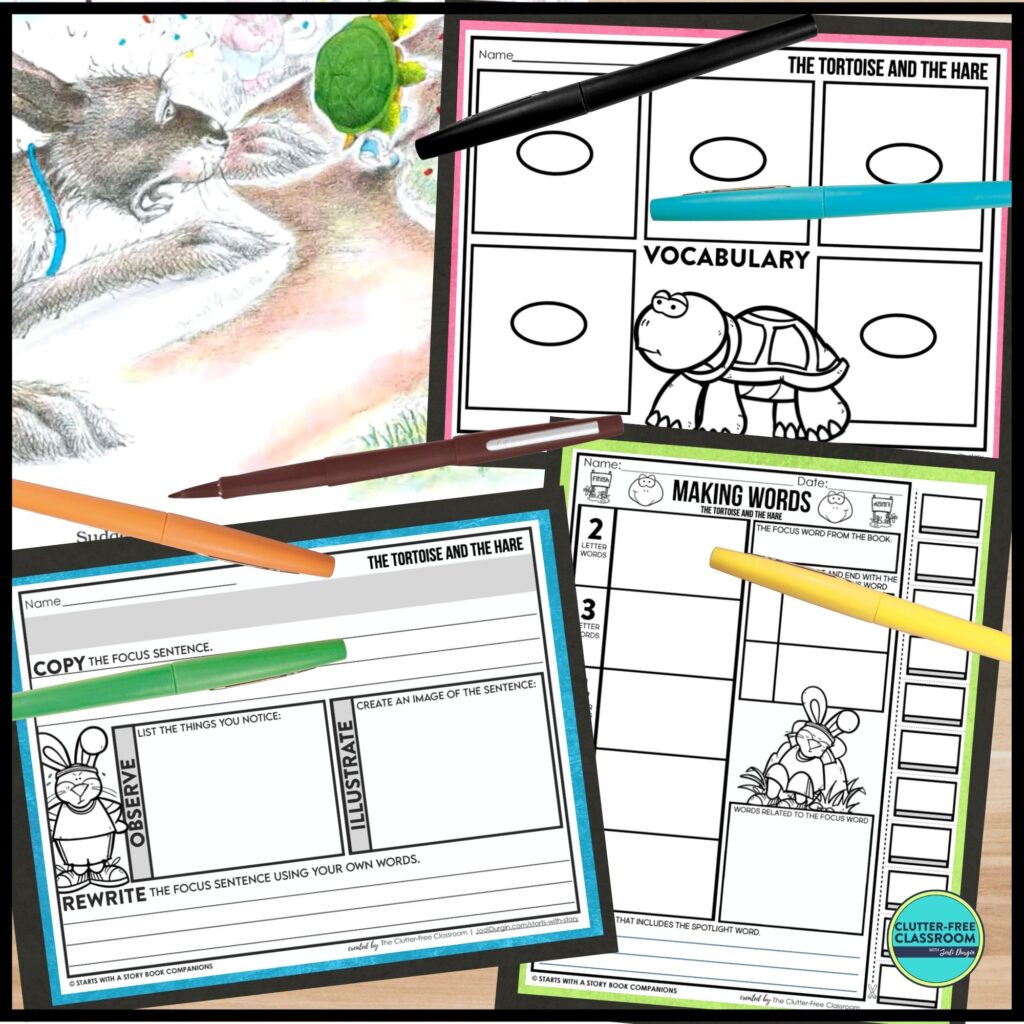 What are the reading levels for The Tortoise and the Hare?

The book was written by Janet Stevens. It was illustrated by Jerry Pinkney.

What genre is The Tortoise and the Hare?