Skeleton Meets the Mummy Activities and Lesson Plans for 2023

Elementary teachers looking for lesson plans and activities for Skeleton Meets the Mummy will find this post helpful. It includes resource recommendations, free teaching ideas, and information about the book. You’ll have everything you need to deliver engaging interactive read aloud lessons based on this story.

With themes of compassion, conflict resolution and friendship, this Skeleton Meets the Mummy picture book by Steve Metzger is a favorite in 1st, 2nd and 3rd grade classrooms. It will be a big hit in your classroom too! Learn more about this book below! 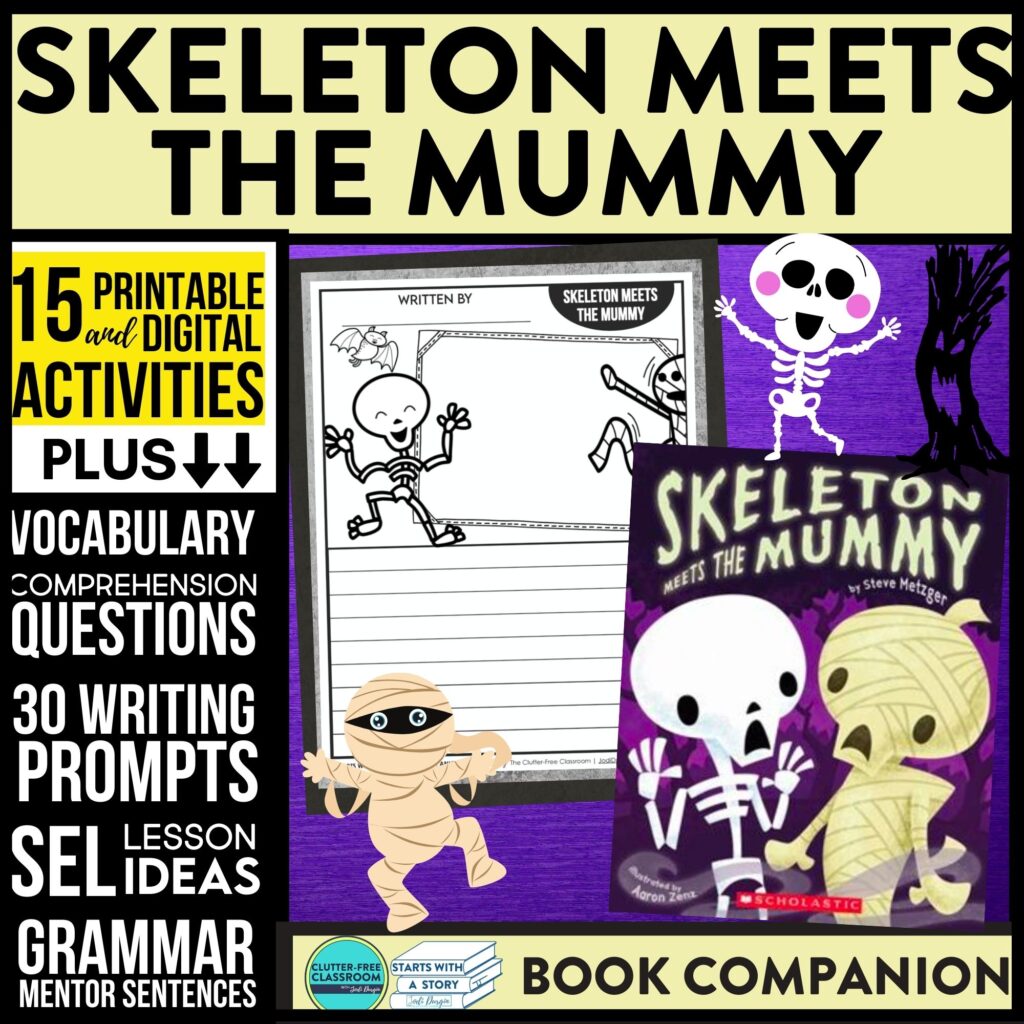 There is a chill in the air, and Sammy’s mom wants him to deliver some soup to his grandmother. Although he wants to play with his friend Derek, he takes the thermos and begins his way through the woods.

While in the woods, he hears a variety of sounds, sees scary animals, and feels like he is being followed. When he looks back, he sees a mummy behind him!

Sammy runs and runs, but when he is finally tired of being scared, he takes the cloth from the mummy and unravels him. Sammy realizes that it was just Derek! The two have a laugh and continue on to his grandmother’s house.

When it comes to writing lesson plans and finding activities for Skeleton Meets the Mummy, we’ve already done all of the heavy lifting for you. 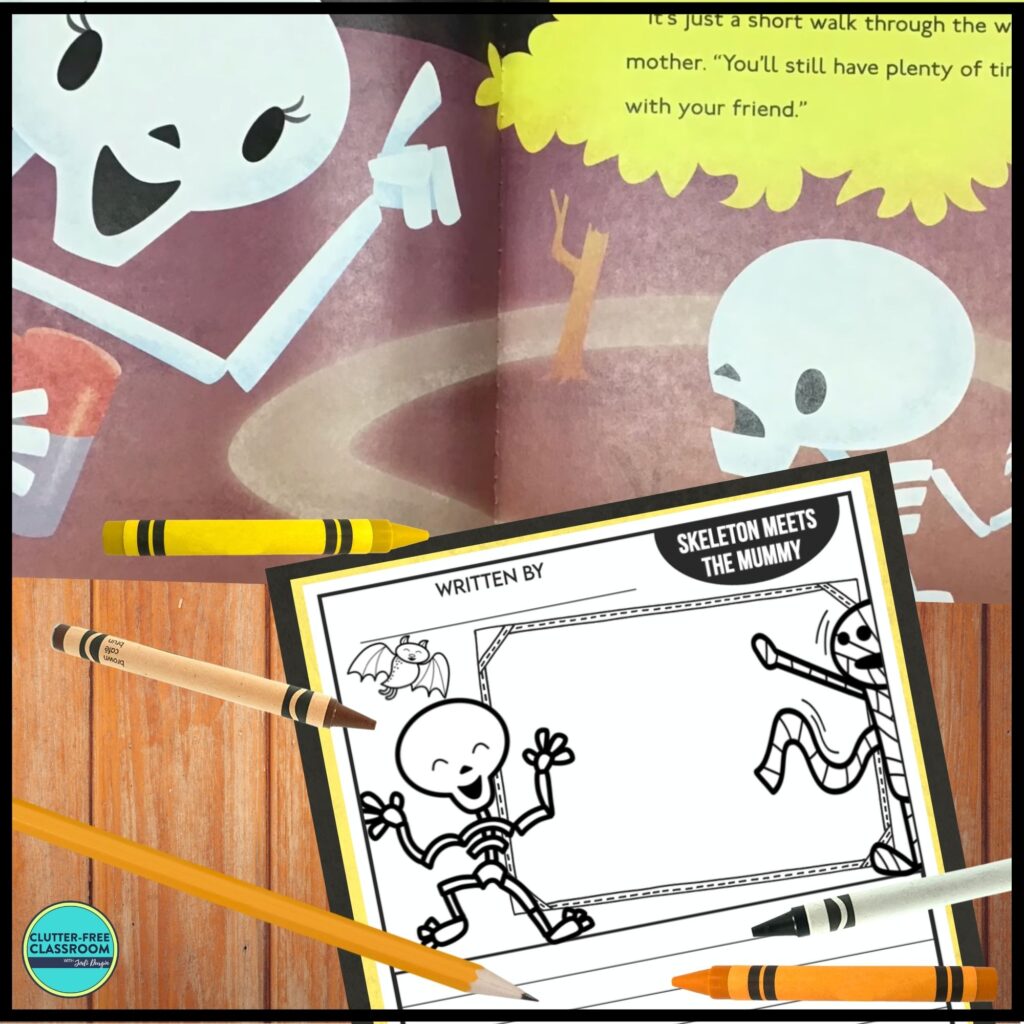 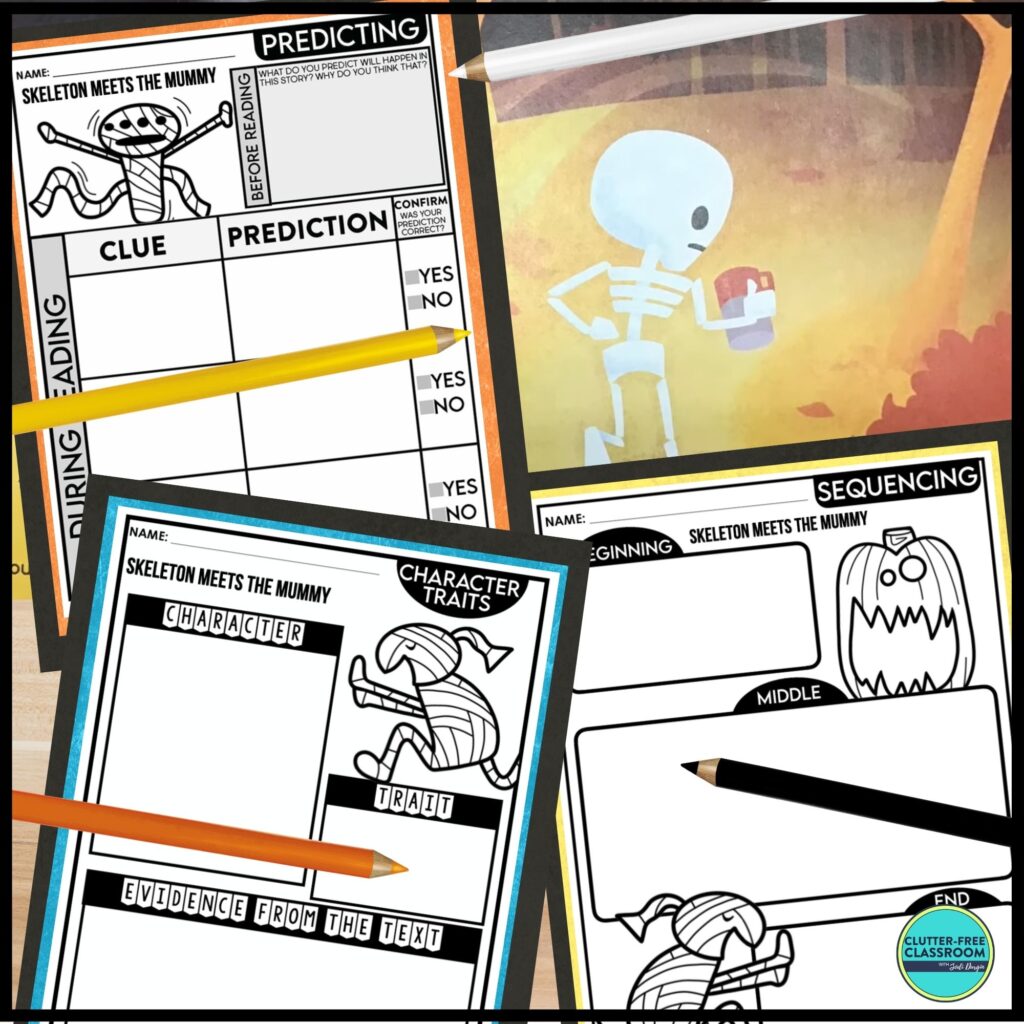 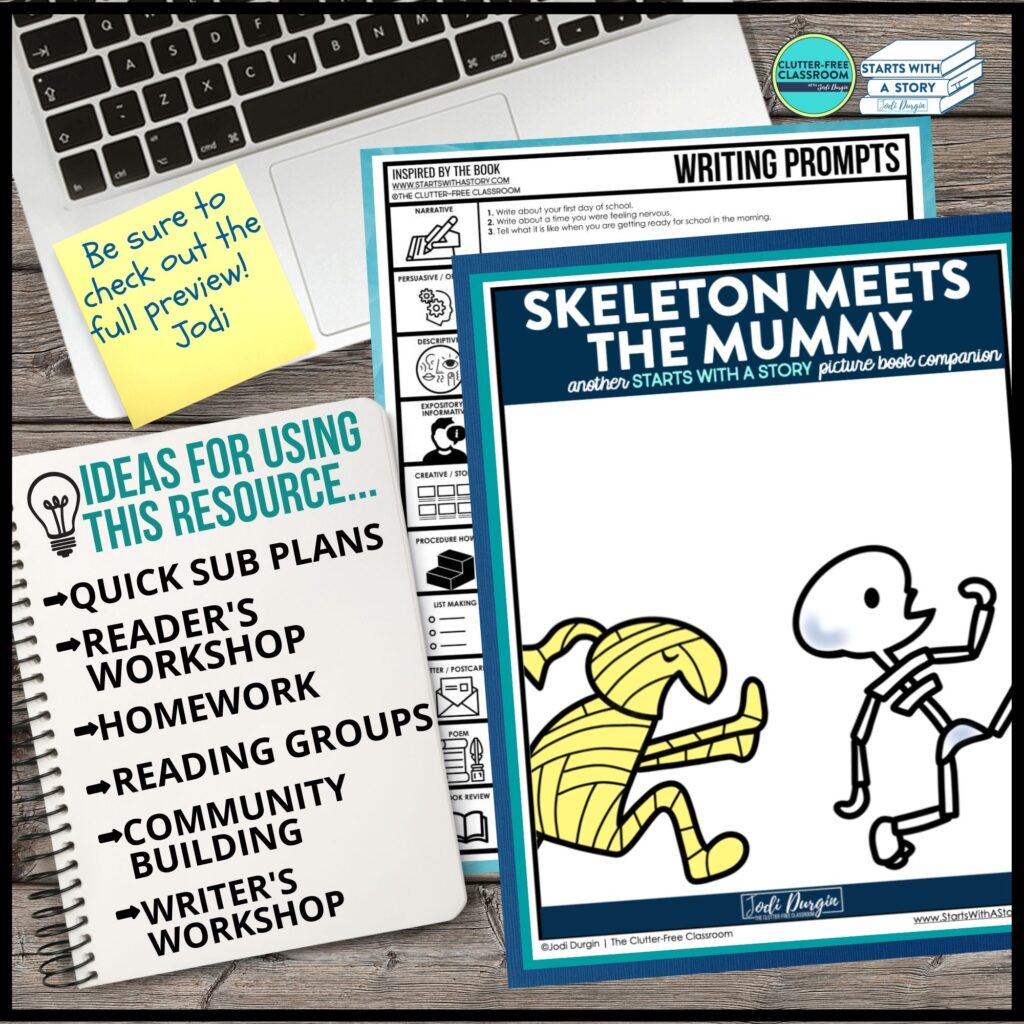 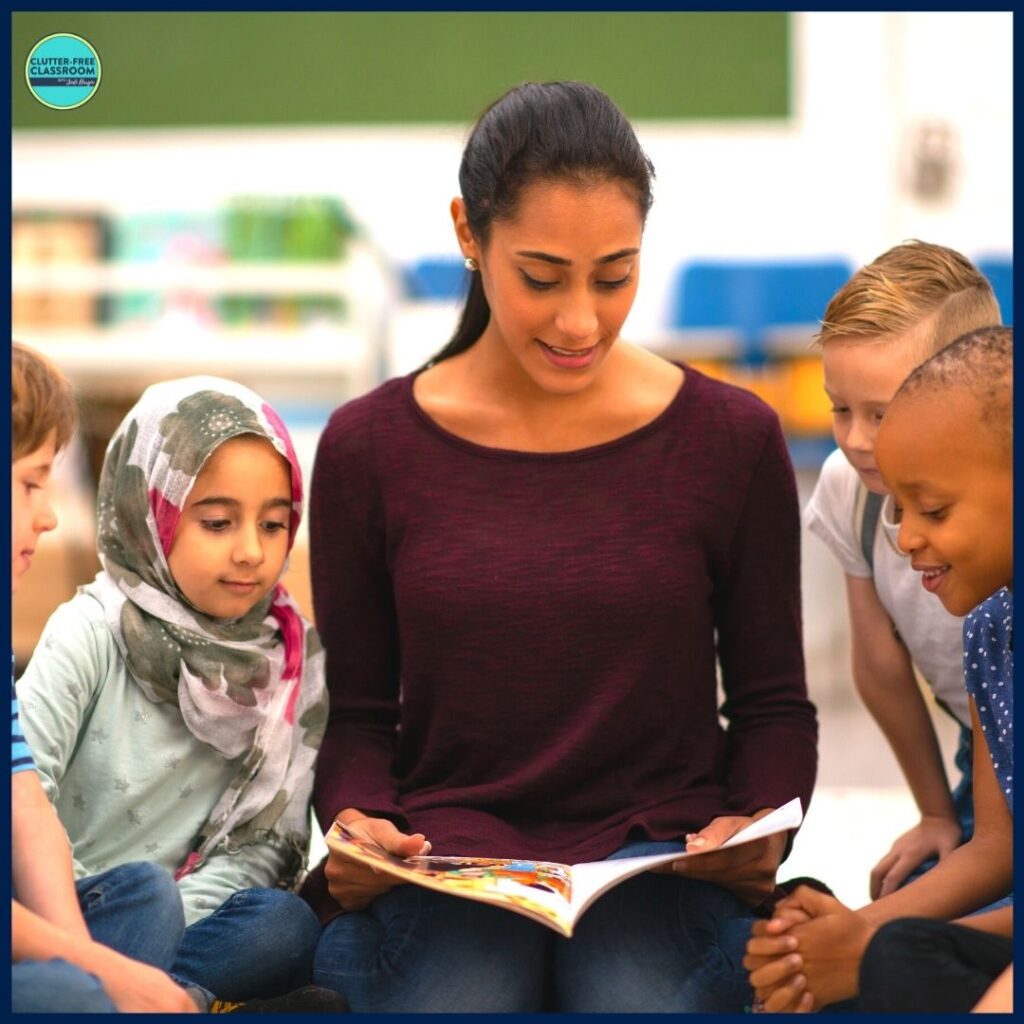 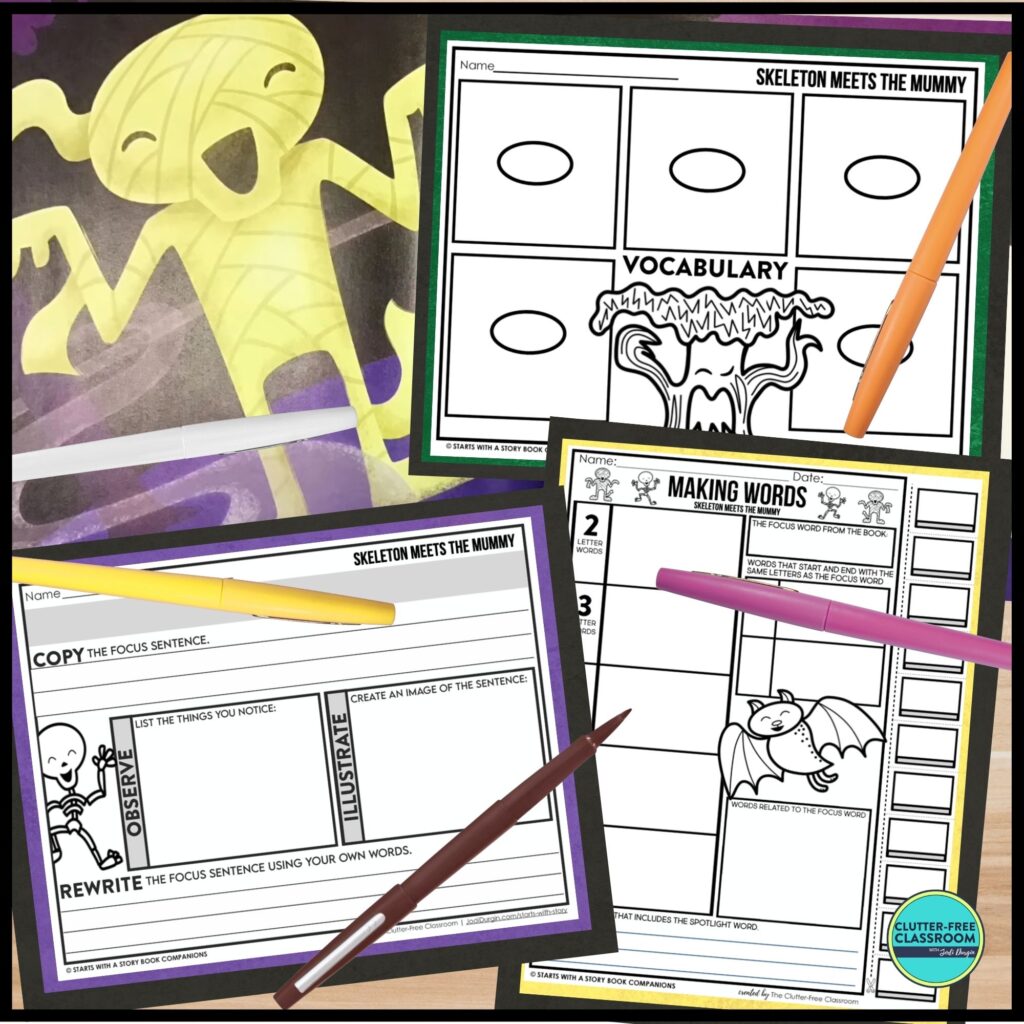 What are the reading levels for Skeleton Meets the Mummy?

The book was written by Steve Metzger. It was illustrated by Aaron Zenz.

What genre is Skeleton Meets the Mummy ?