Elementary teachers looking for lesson plans and activities for Bat’s Big Game will find this post helpful. It includes resource recommendations, free teaching ideas, and information about the book. You’ll have everything you need to deliver engaging interactive read aloud lessons based on this story.

With themes of sportsmanship and teamwork, this Bat’s Big Game picture book by Margaret Read Macdonald is a favorite in 1st, 2nd and 3rd grade classrooms. It will be a big hit in your classroom too! Learn more about this book below! 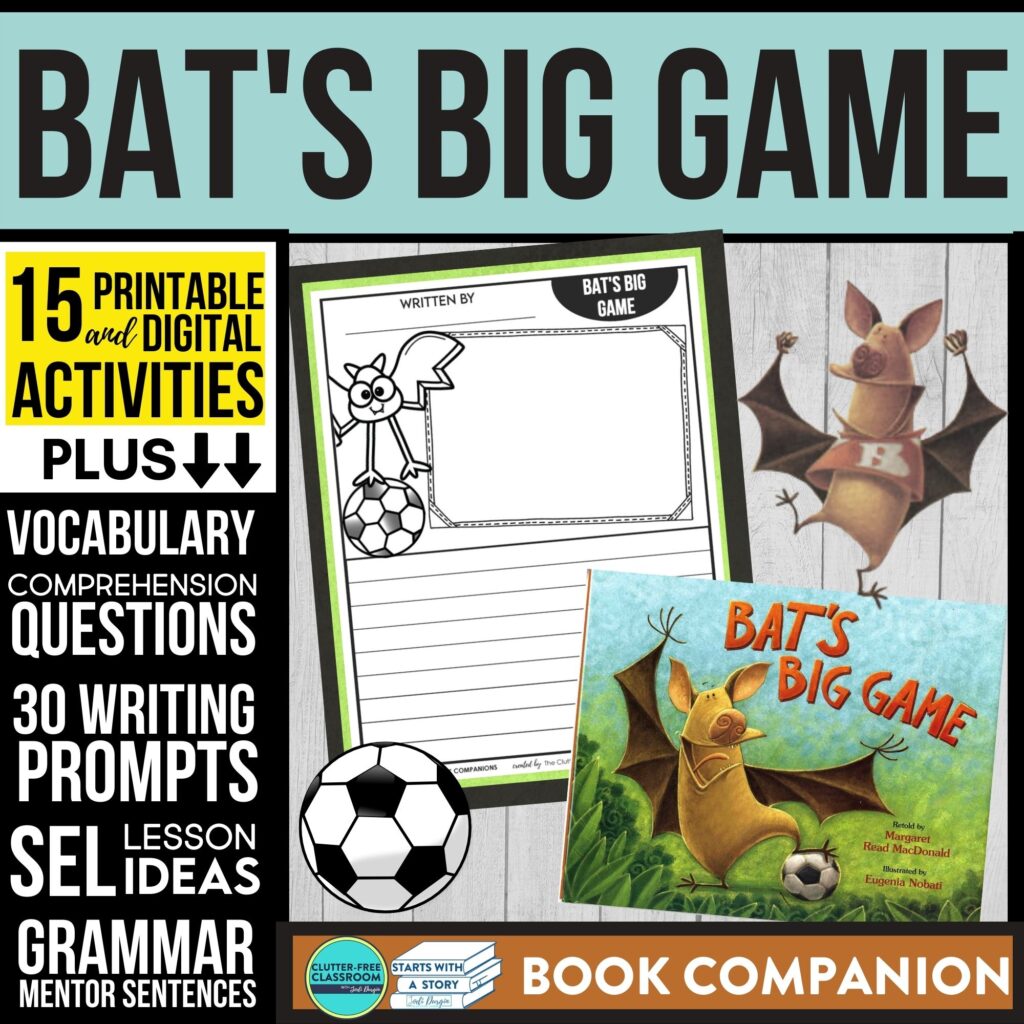 Bat’s Big Game by Margaret Read Macdonald is about a soccer game between the Animal team and the Bird team. When Bat gets to the game, he looks at the two teams and decides that the Animal team looks stronger and like it has a better chance of winning. He decides the Animal team is the one he will play on.

When the game gets started, points are scored quickly between the Animal and Bird teams. Before the players know it, the Bird team is winning. Bat decides he must be on the winning team and takes off his Animal shirt and goes to tell the birds he has just arrived at the game and will be on their team.

When the Animal team starts to win again, Bat switches back into his Animal shirt and tries to go back to their team. Bear catches him and both teams decide to kick Bat out of the game.

Bat says that next time he will only play on one team.

When it comes to writing lesson plans and finding activities for Bat’s Big Game, we’ve already done all of the heavy lifting for you. 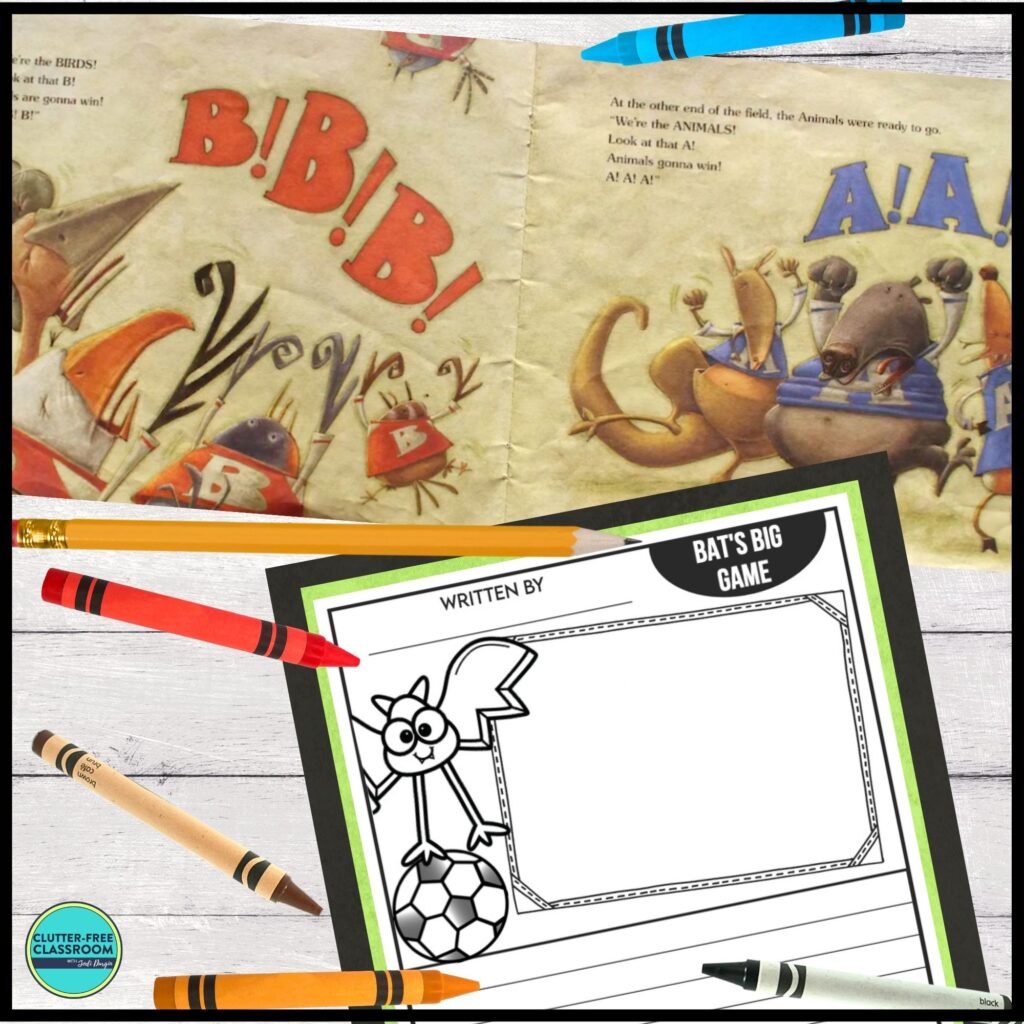 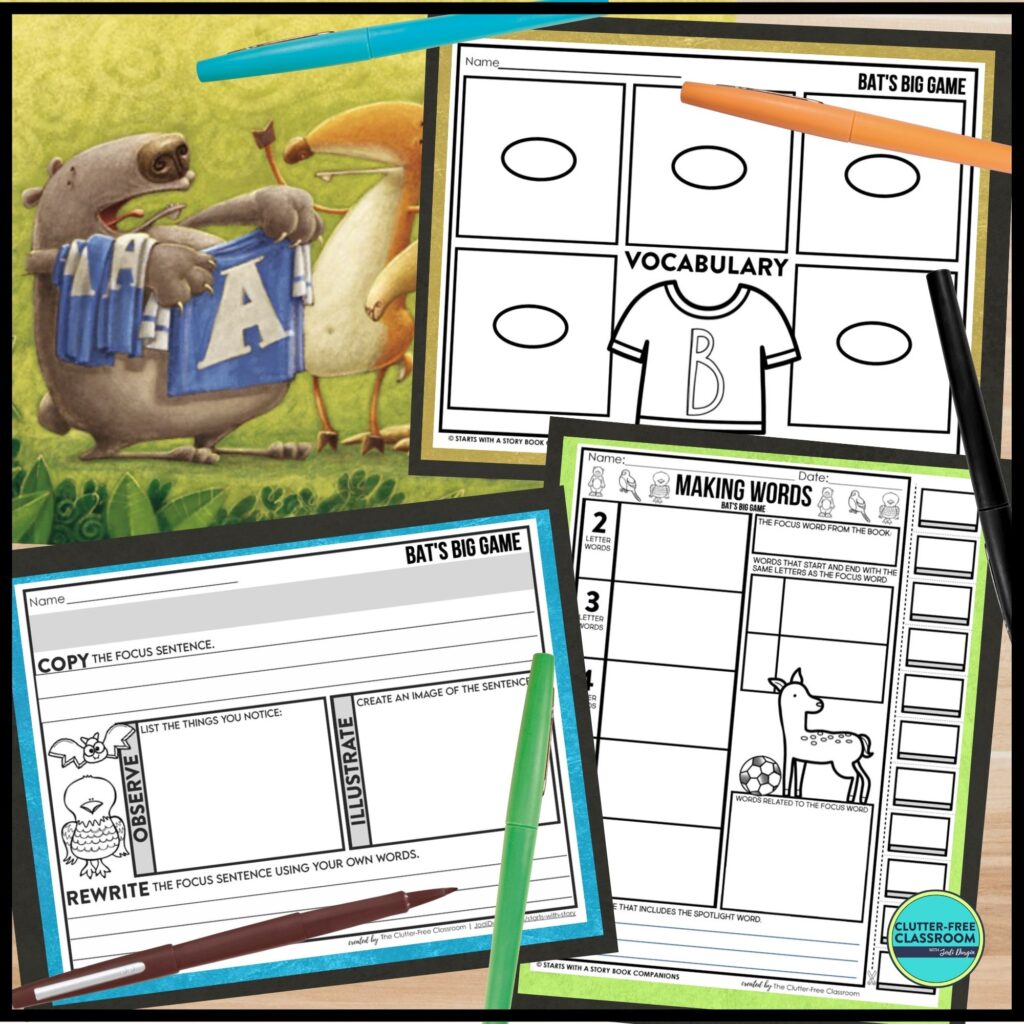 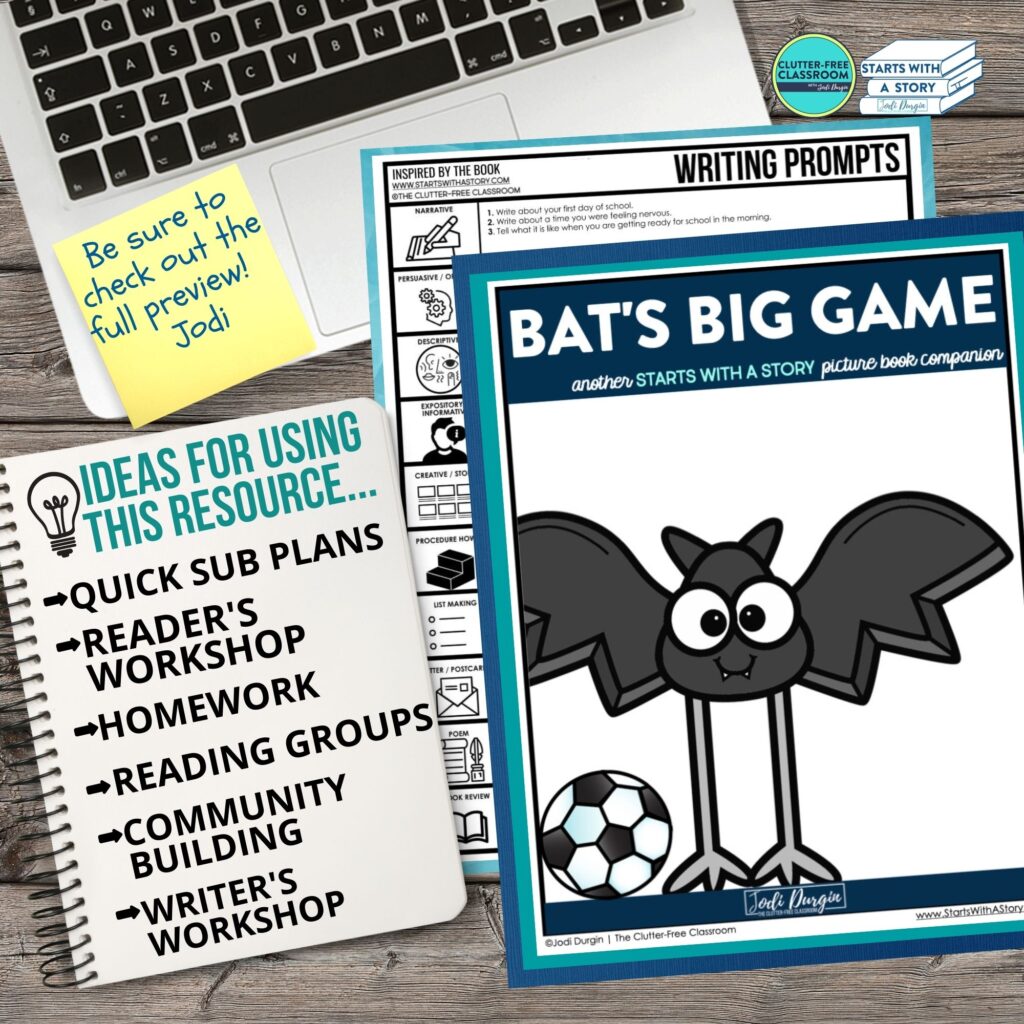 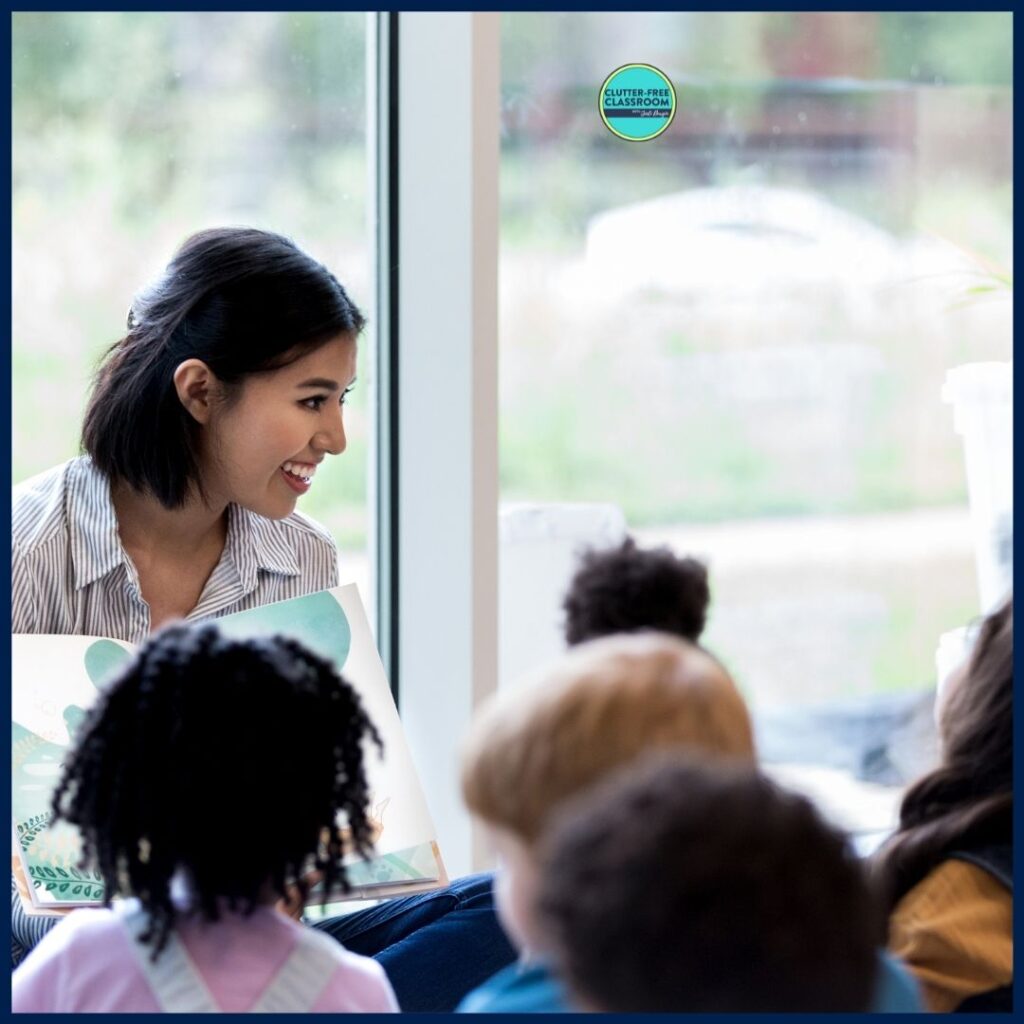 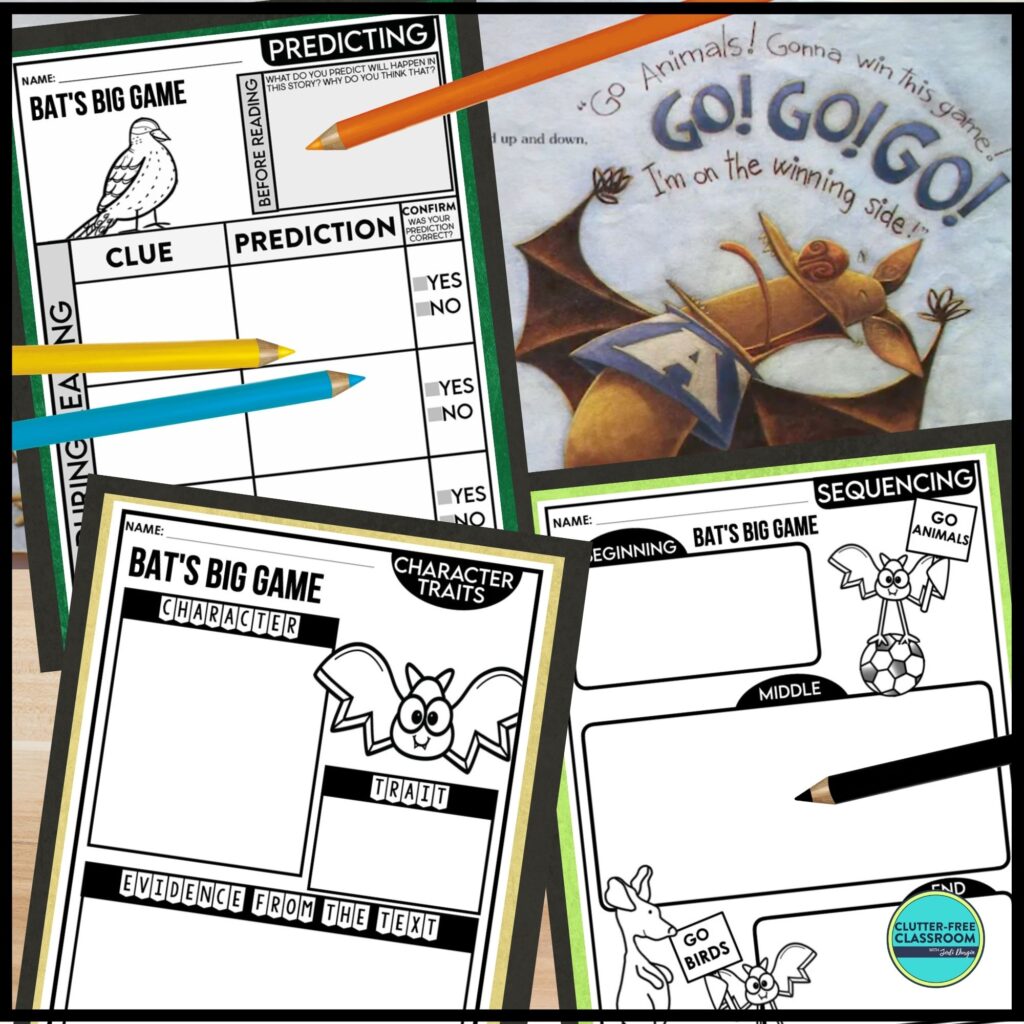 What are the reading levels for Bat’s Big Game?

The book was written by Margaret Read Macdonald. It was illustrated by Eugenia Nobati.

What genre is Bat’s Big Game ?