Salt in His Shoes Activities and Lesson Plans for 2023

Elementary teachers looking for lesson plans and activities for Salt In His Shoes will find this post helpful. It includes resource recommendations, free teaching ideas, and information about the book. You’ll have everything you need to deliver engaging interactive read aloud lessons based on this story.

With themes of patience, best effort, perseverance and goal setting, this Salt In His Shoes picture book by Deloris Jordan and Roslyn M. Jordan is a favorite in 1st, 2nd and 3rd grade classrooms. It will be a big hit in your classroom too! Learn more about this book below!

Engage Your Students with Salt In His Shoes Lesson Plans & Activities in 3 Easy Steps: 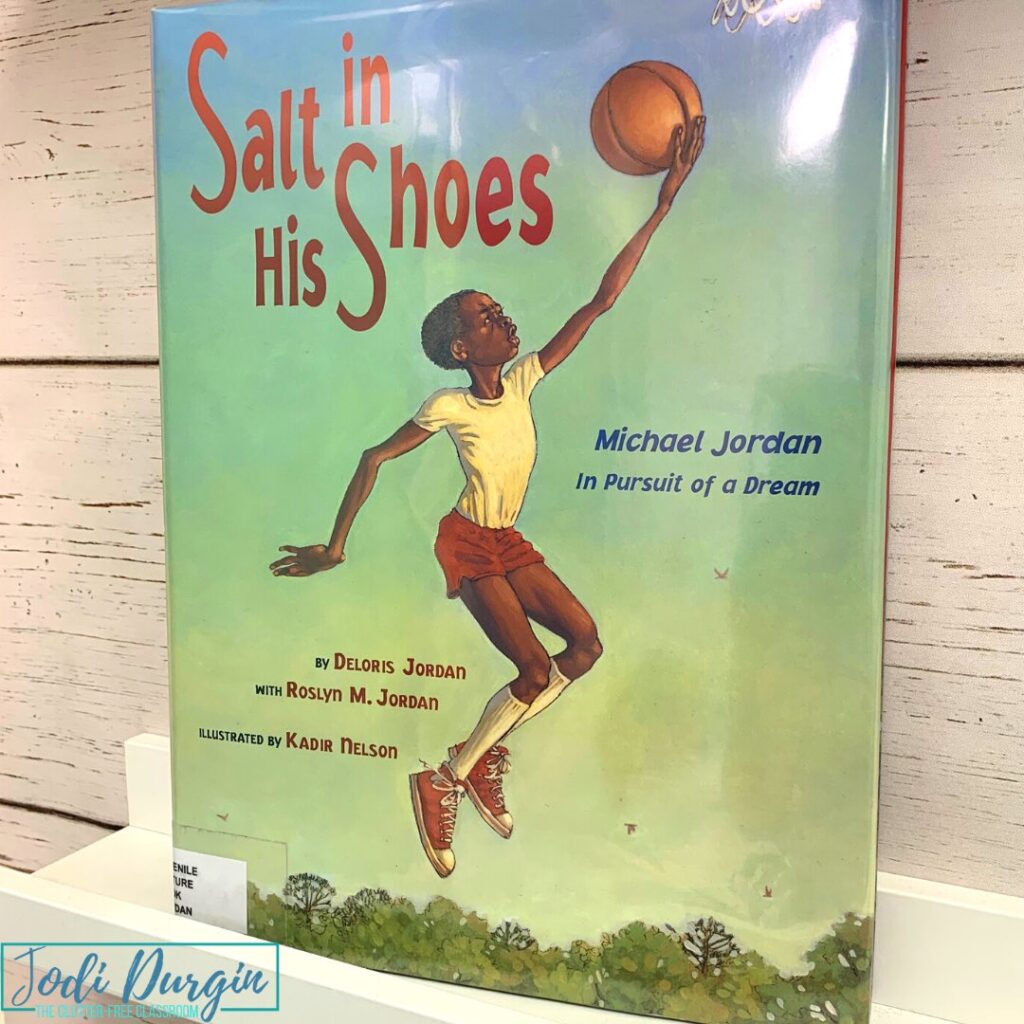 SALT IN HIS SHOES SUMMARY

The book, Salt in His Shoes, tells the story of Michael Jordan as a young boy. He grew up playing basketball with his brothers, however, he was the shortest boy on the court. He was often teased by one of the taller boys. After losing a game one day, Michael asked his mother what he needed to do to grow taller. His mom suggested putting salt in his shoes, being patient, and praying everyday. Michael did this for several months while practicing basketball.

Months later, he wasn’t any taller and was starting to feel discouraged. Michael’s dad talked to him and explained that he didn’t need to be tall to be a good player. He needed to be determined, work hard, and practice. This gave Michael the confidence to go back to the basketball court with his brothers. He was able to score the winning point for his team and went on to become a basketball star.

When it comes to writing lesson plans and finding activities for Salt In His Shoes, we’ve already done all of the heavy lifting for you. 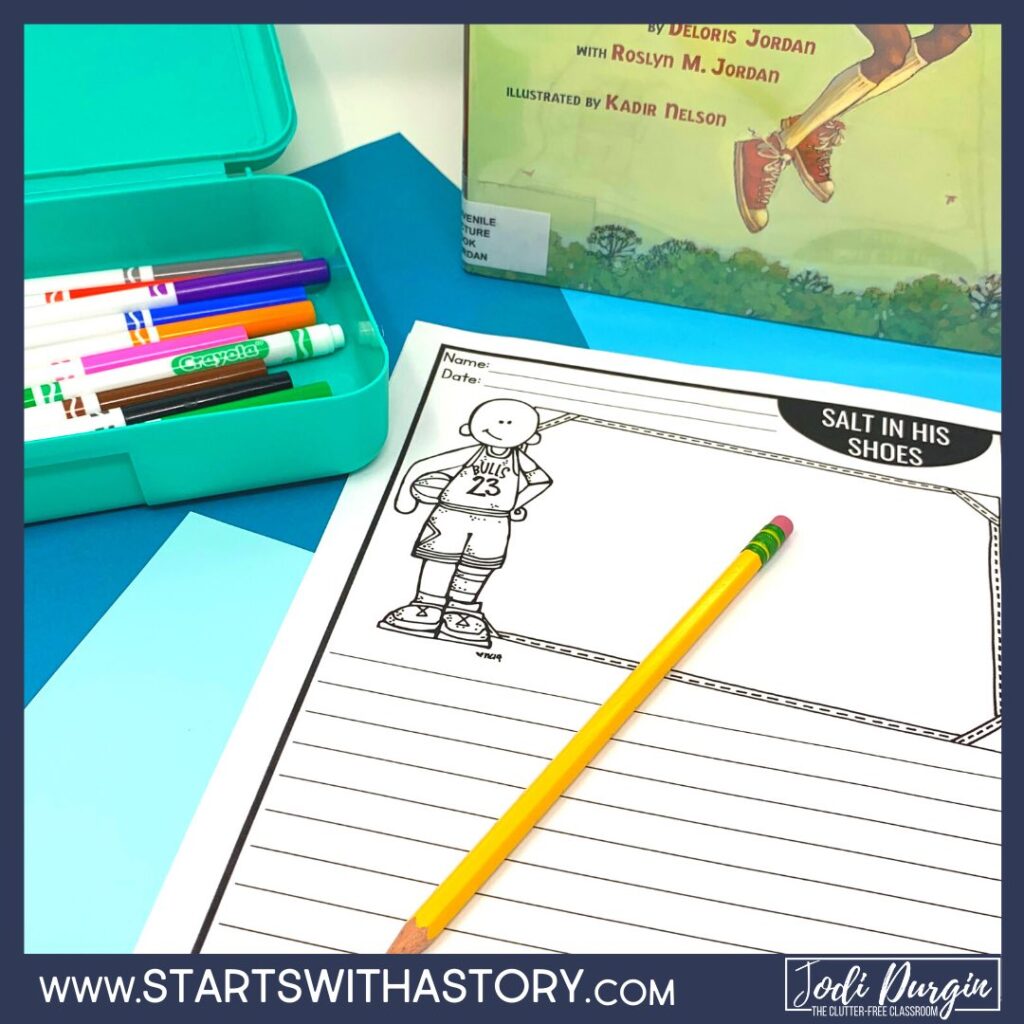 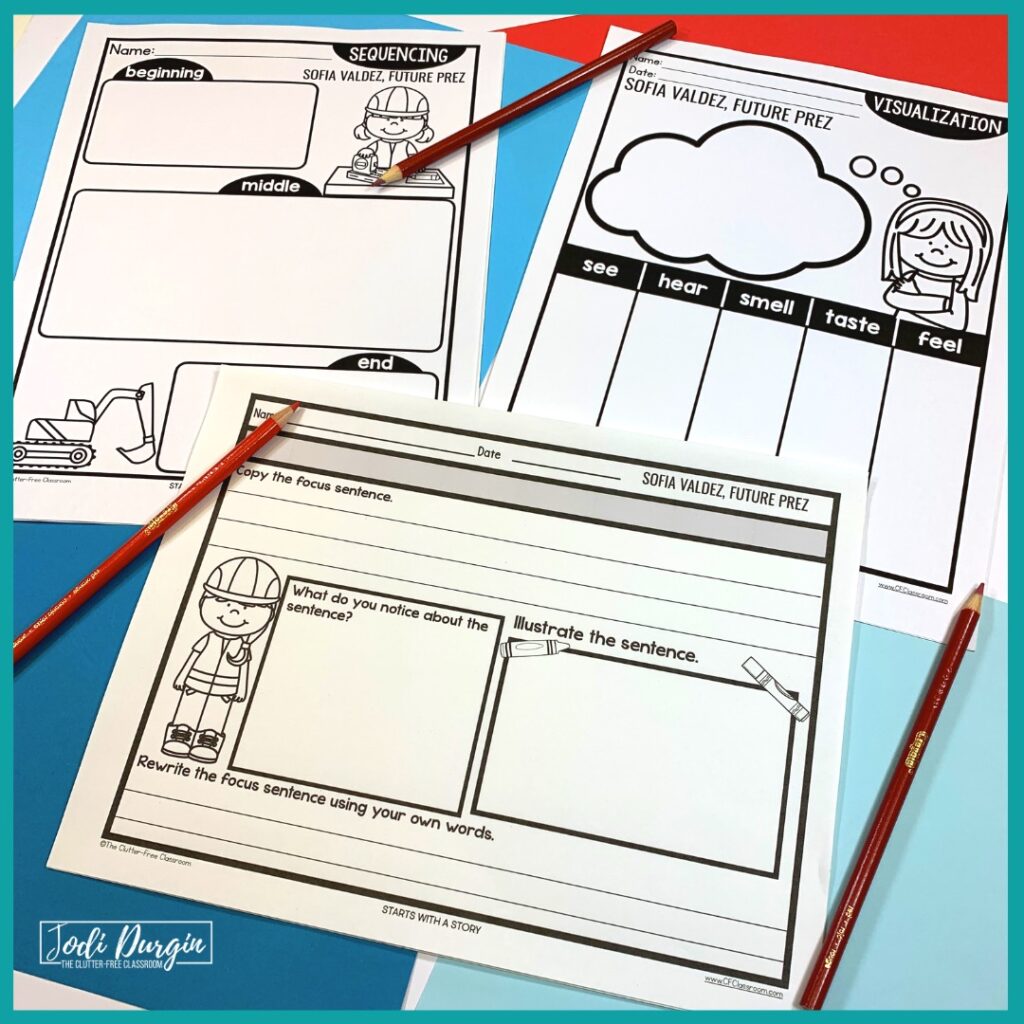 The text-based Salt In His Shoes reading comprehension questions focus on:

SALT IN HIS SHOES ACTIVITIES 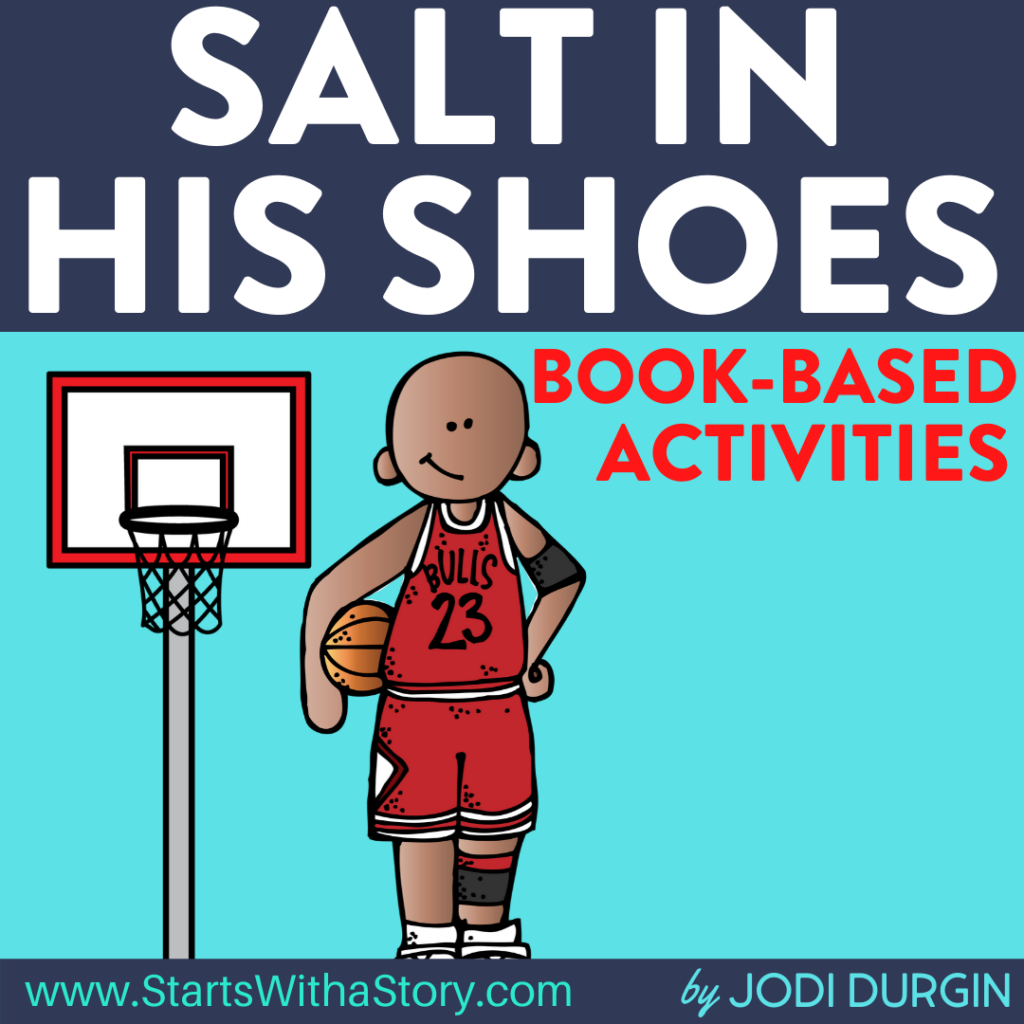 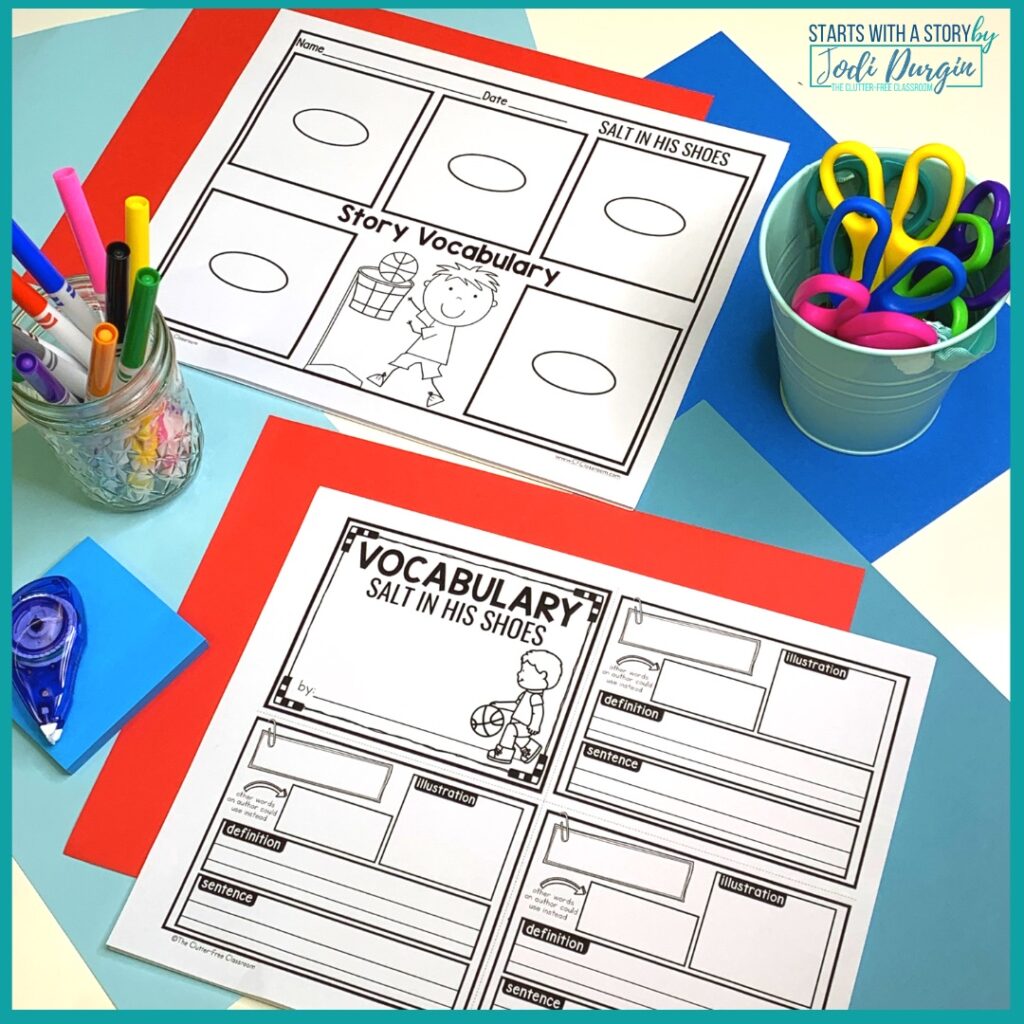 What are the reading levels for Salt In His Shoes?

The book was written by Deloris Jordan and Roslyn M. Jordan. It was illustrated by Kadir Nelson.

What genre is Salt In His Shoes ?

It is a nonfiction book. You may want to check out our genre activities or read our blog post, How to Teach Genre to Elementary Students.