Harold and the Purple Crayon Activities and Lesson Plans for 2022

Teachers looking for lesson plans and activities for Harold and the Purple Crayon will love this post. It includes helpful information about the book and resource recommendations.

With a theme of problem solving, this Harold and the Purple Crayon picture book by Crockett Johnson is a favorite in 1st, 2nd and 3rd grade classrooms. It will quickly become one of your and your students’ favorites!

Engage Your Students with Harold and the Purple Crayon Lesson Plans & Activities in 3 Easy Steps: 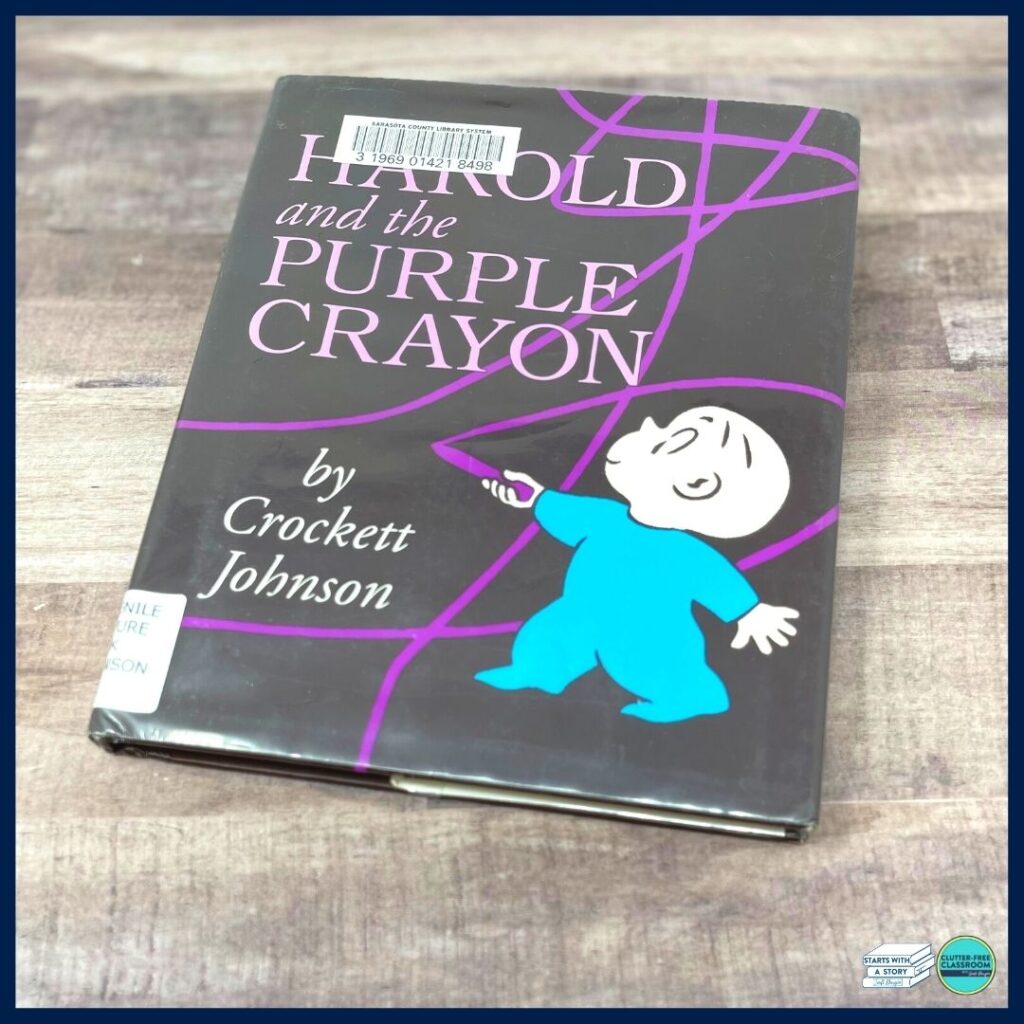 HAROLD AND THE PURPLE CRAYON SUMMARY

One night, Harold decided he would go for a walk into the moonlight. However, there wasn’t a moon to give off light, so Harold drew one. He set off on his walk drawing his setting as he went. Harold ended up in a forest with an apple tree. He drew a dragon to guard the apples, but ended up getting scared and found himself in water over his head. Thankfully, Harold was able to draw a sailboat. The sailboat took him to a beach where he had a picnic with some friends.

After, Harold wanted to see where he was so he drew a tall mountain, hoping he could see his window. But when he falls off the mountain, Harold must draw a hot air balloon to catch himself. He lands and keeps looking for his window. Eventually he has created a whole city full of buildings with windows, but he still does not know where he is. Looking up at the moon, Harold remembers that the moon was always around his window! He is able to draw his window and his bed, and fall asleep.

Students will love following Harold on his evening adventure and watching the different illustrations he makes.

When it comes to writing lesson plans and finding activities for Harold and the Purple Crayon, we’ve already done all of the heavy lifting for you. 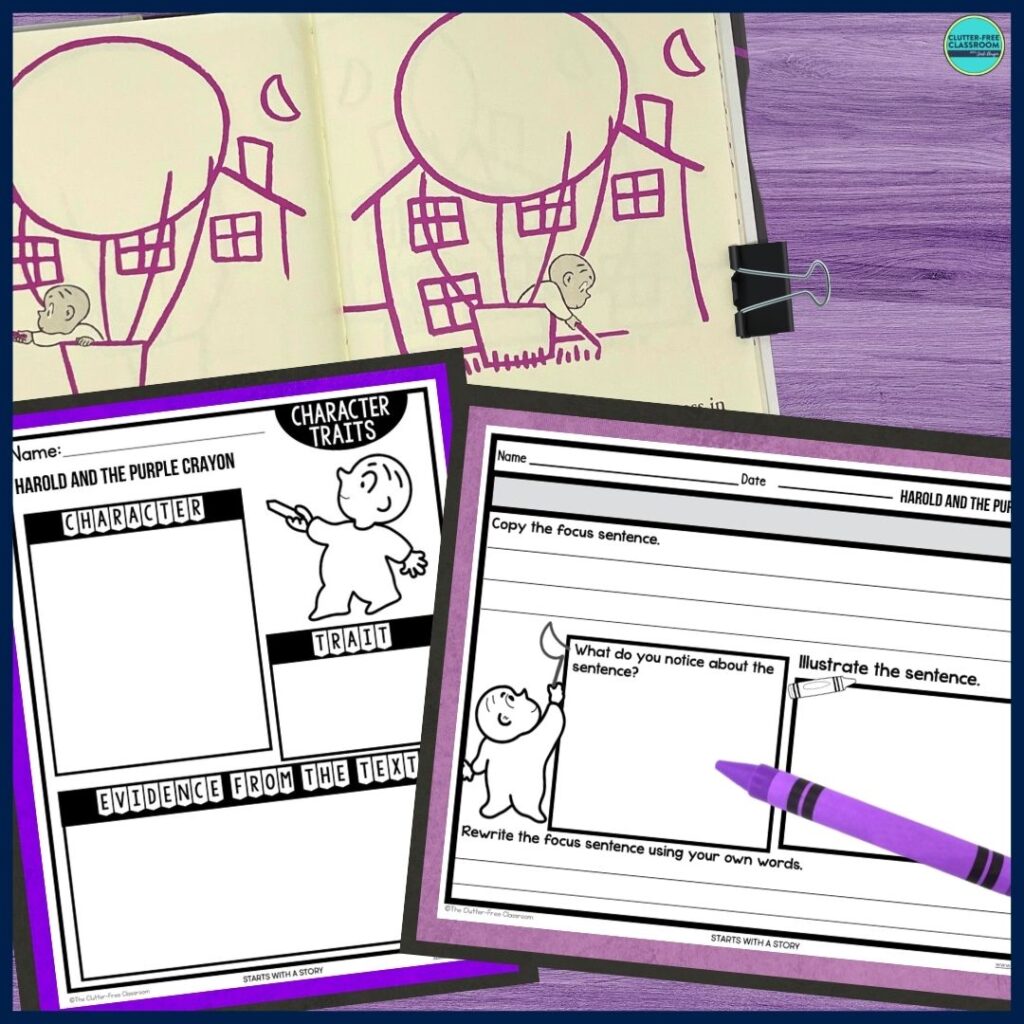 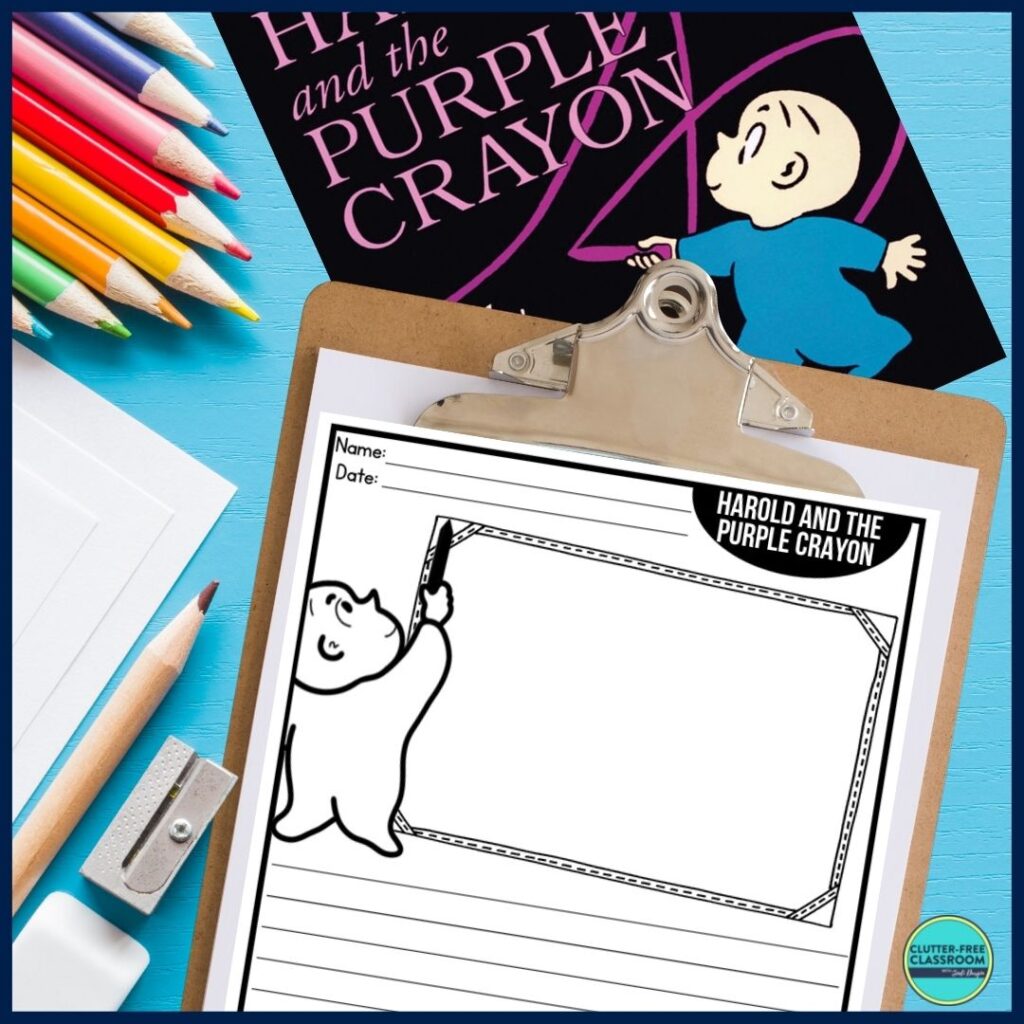 The text-based Harold and the Purple Crayon reading comprehension questions focus on:

HAROLD AND THE PURPLE CRAYON ACTIVITIES 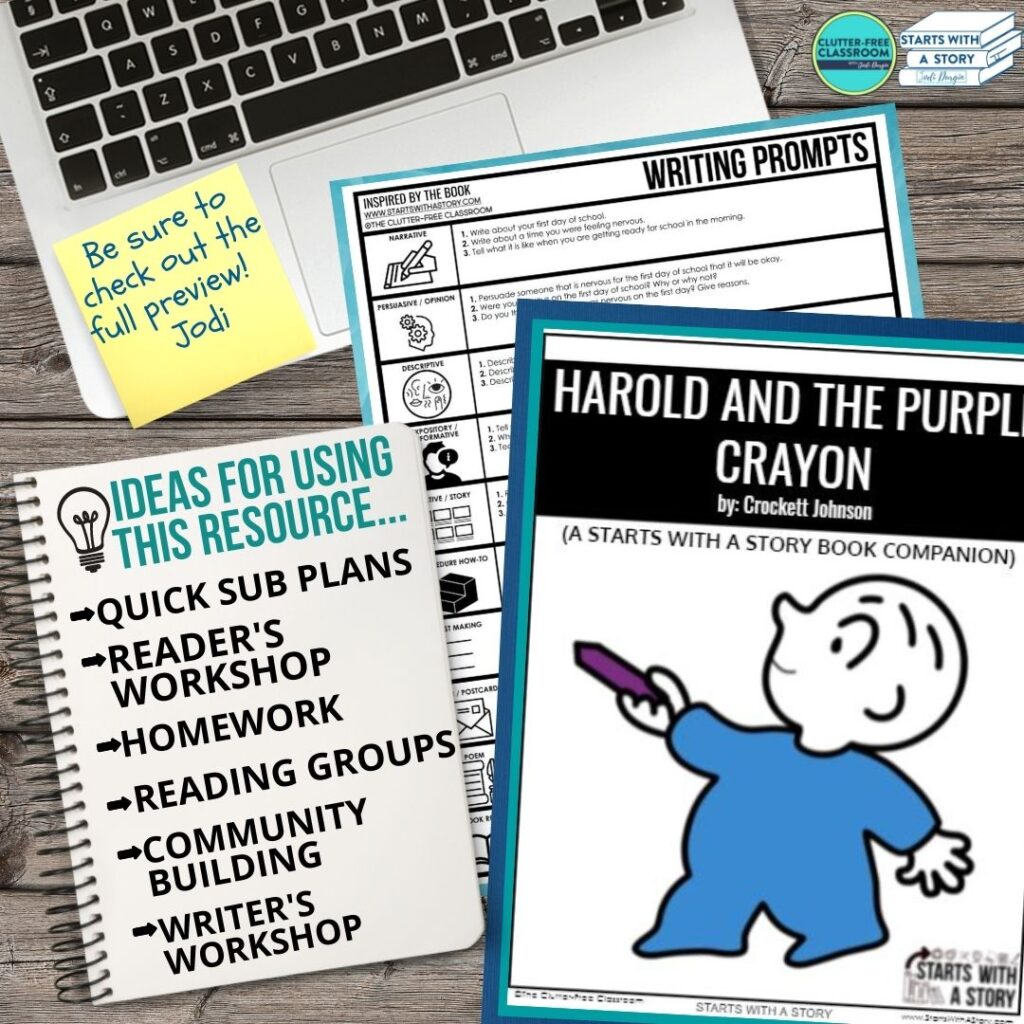 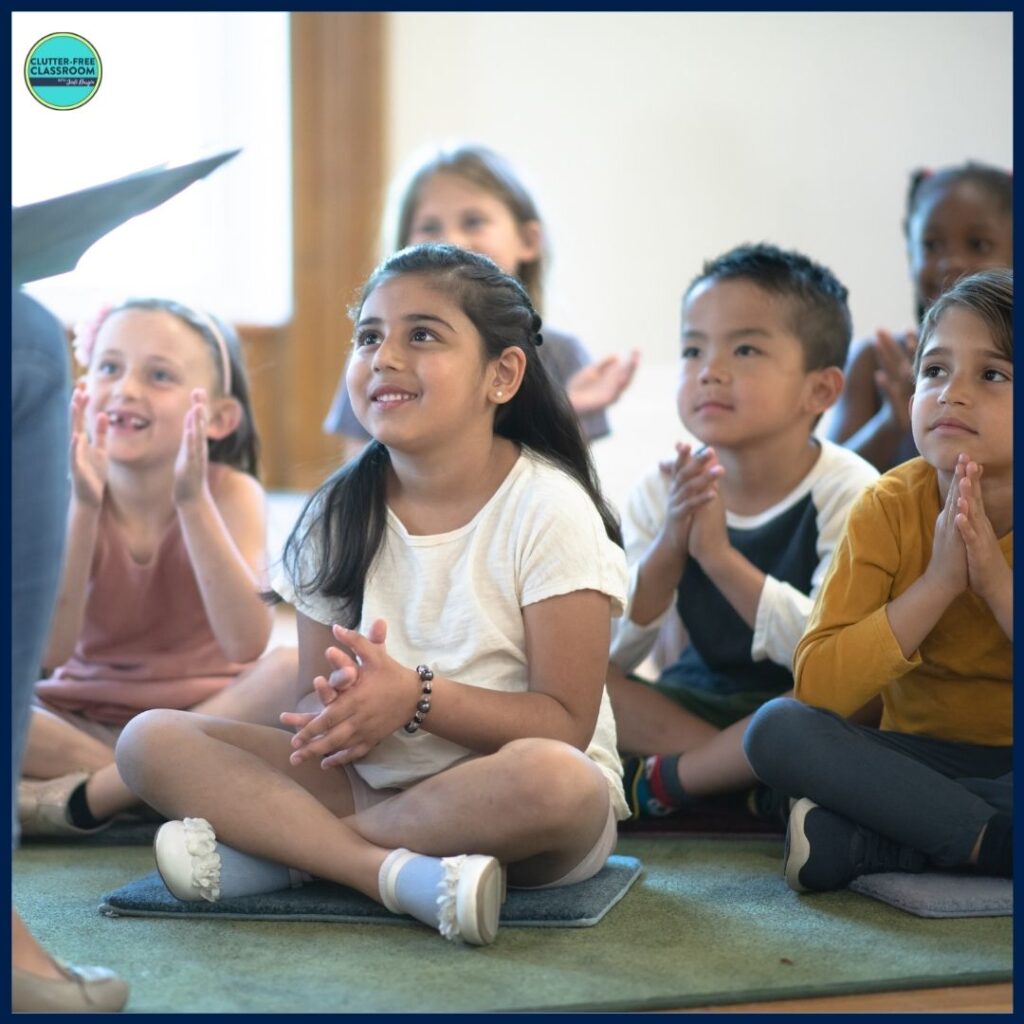 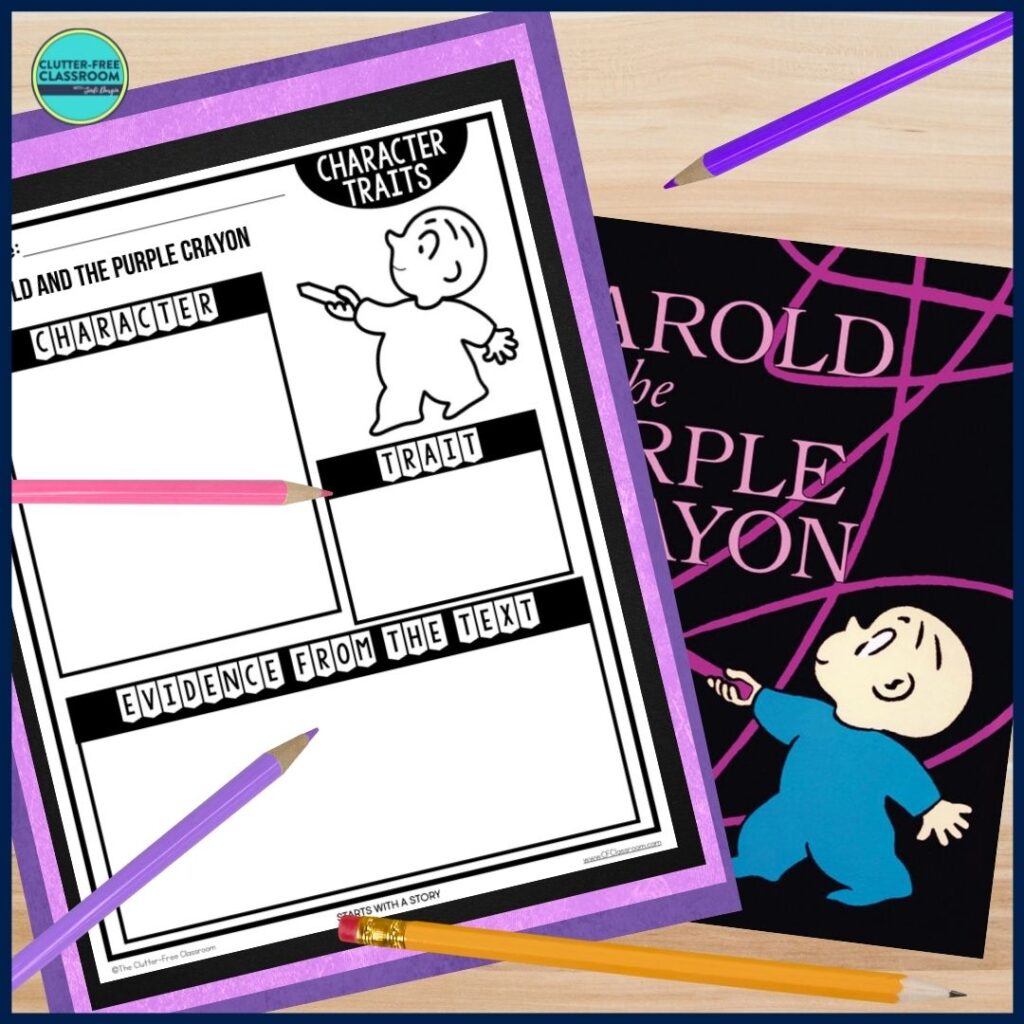 What are the reading levels for Harold and the Purple Crayon?

The book was written and illustrated by Crockett Johnson.

What genre is Harold and the Purple Crayon?

It is an adventure and classics book. You may want to check out our genre activities or read our blog post, How to Teach Genre to Elementary Students.

The story is 64 pages long. 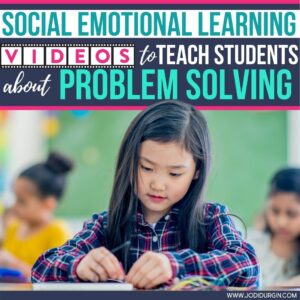