Grace For President Activities and Lesson Plans for 2023

Elementary teachers looking for lesson plans and activities for Grace For President will find this post helpful. It includes resource recommendations, free teaching ideas, and information about the book. You’ll have everything you need to deliver engaging interactive read aloud lessons based on this story.

With themes of perseverance, this Grace For President picture book by Kelly DiPucchio is a favorite in 1st, 2nd and 3rd grade classrooms. It will be a big hit in your classroom too! Learn more about this book below!

Engage Your Students with Grace For President Lesson Plans & Activities in 3 Easy Steps: 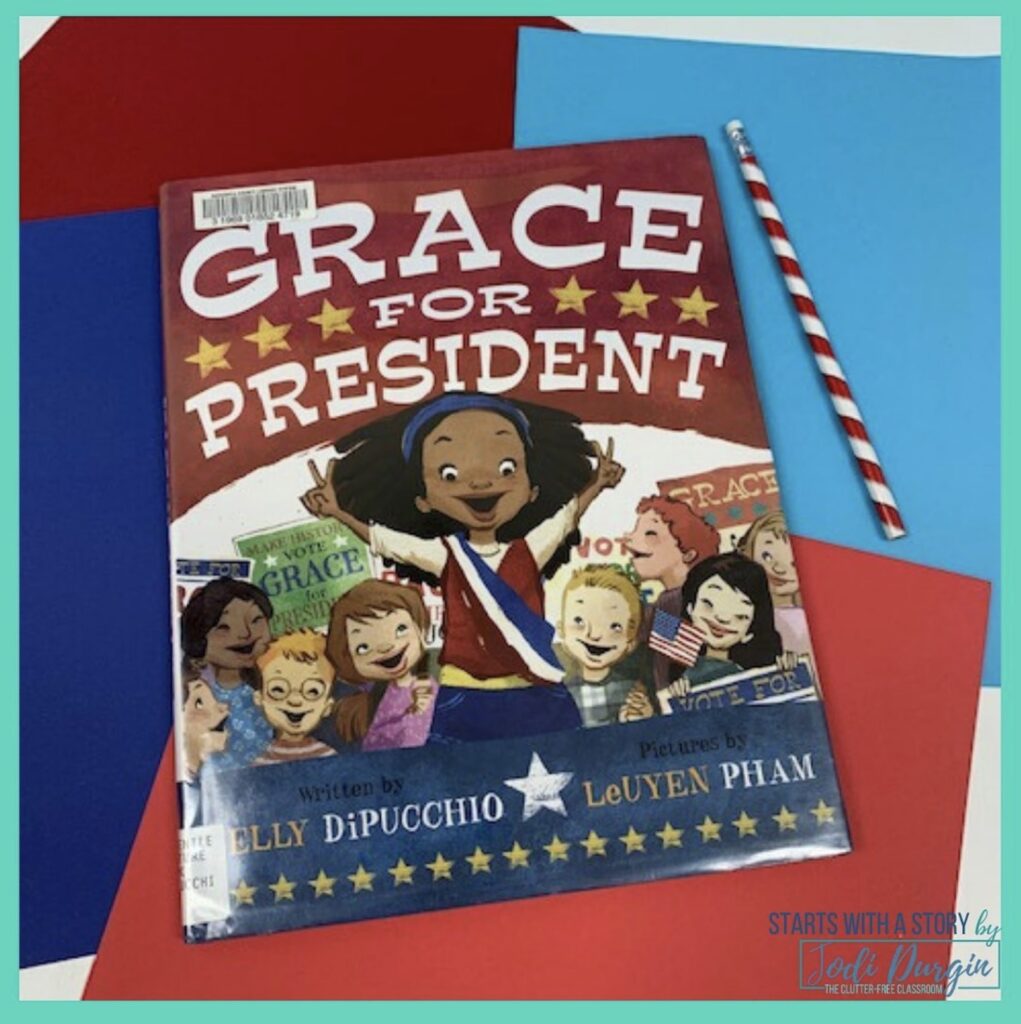 In school, a young girl named Grace is learning about presidents. She is surprised to learn that there has never been a female president. Grace decides that she wants to run for president and her teacher organizes an election. Grace and Thomas, a student from another class, are running against one another. The students learn about the electoral college and Grace and Thomas both run presidential campaigns. They create slogans, buttons, posters, and come up with promises. Grace works really hard during her campaign and spends a lot of time on it.

When it comes to writing lesson plans and finding activities for Grace For President, we’ve already done all of the heavy lifting for you. 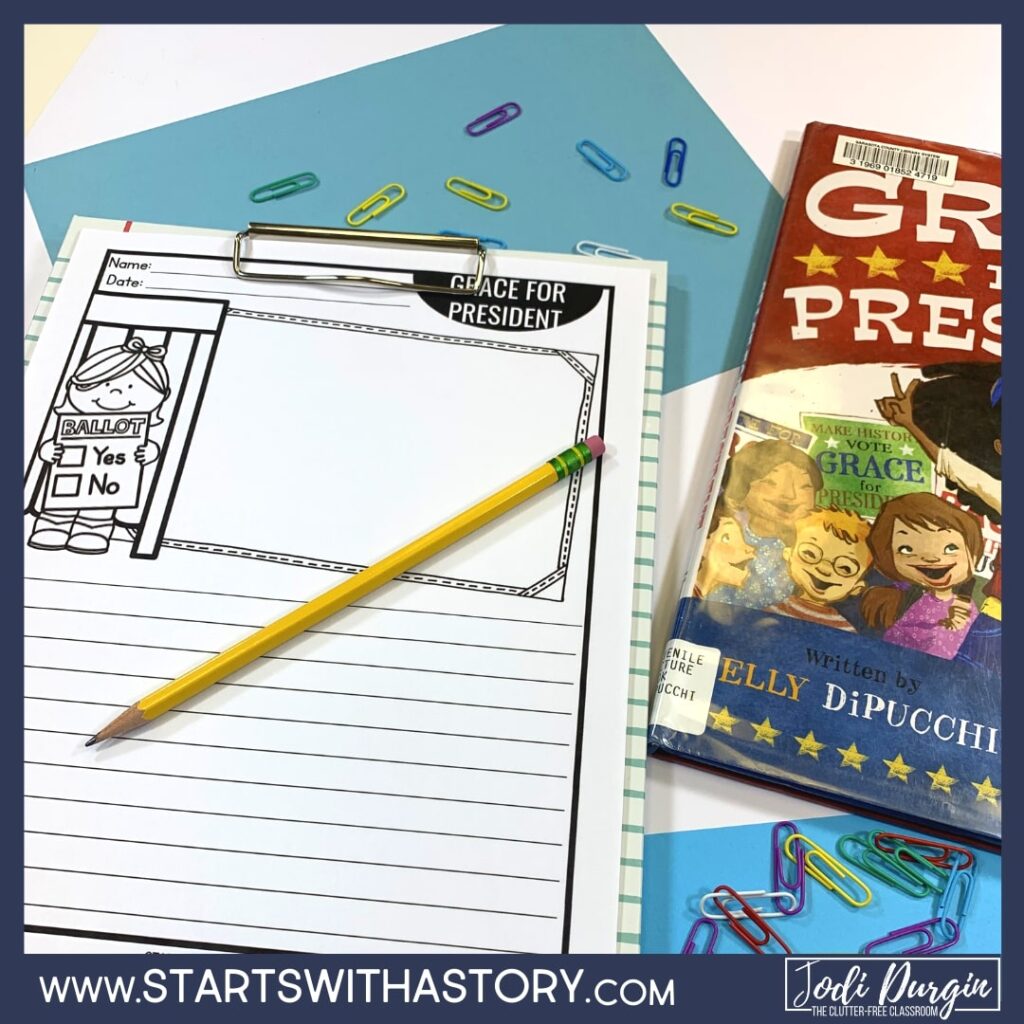 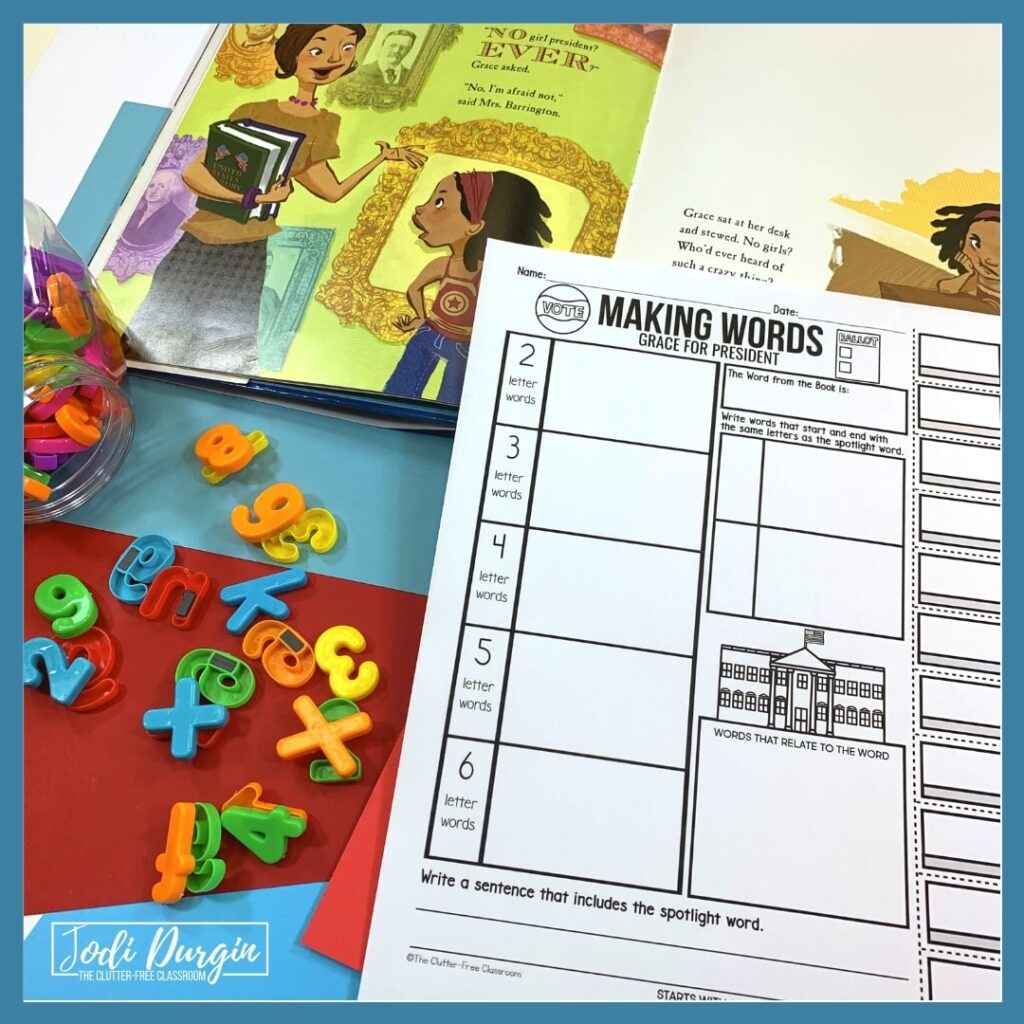 The text-based Grace For President reading comprehension questions focus on: 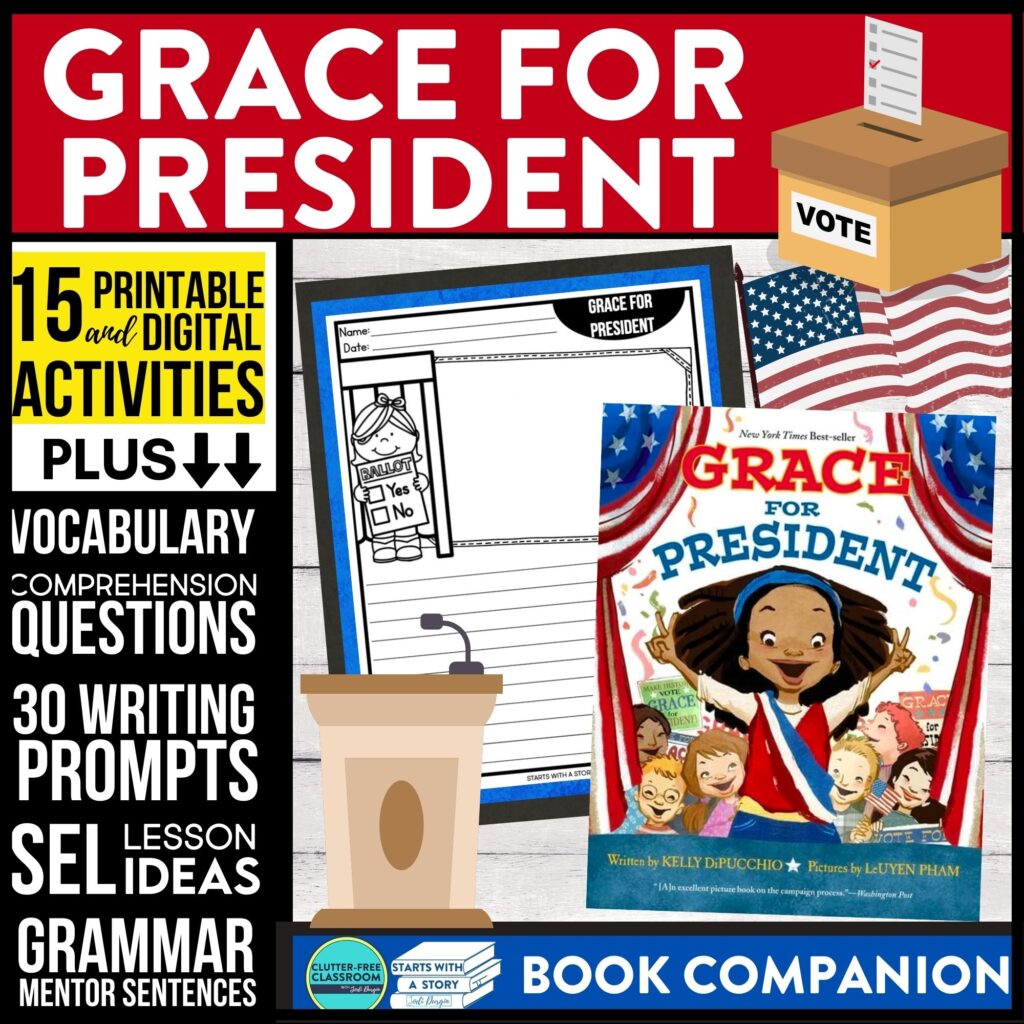 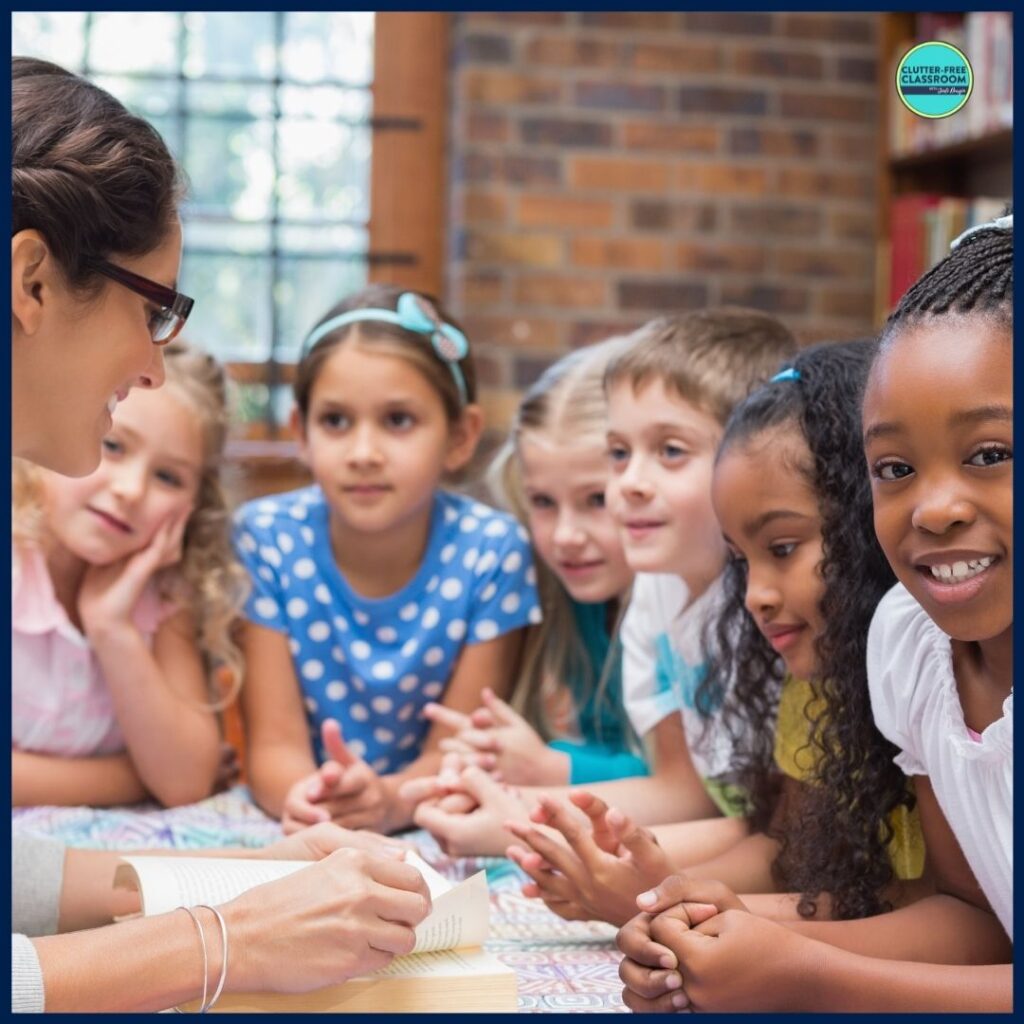 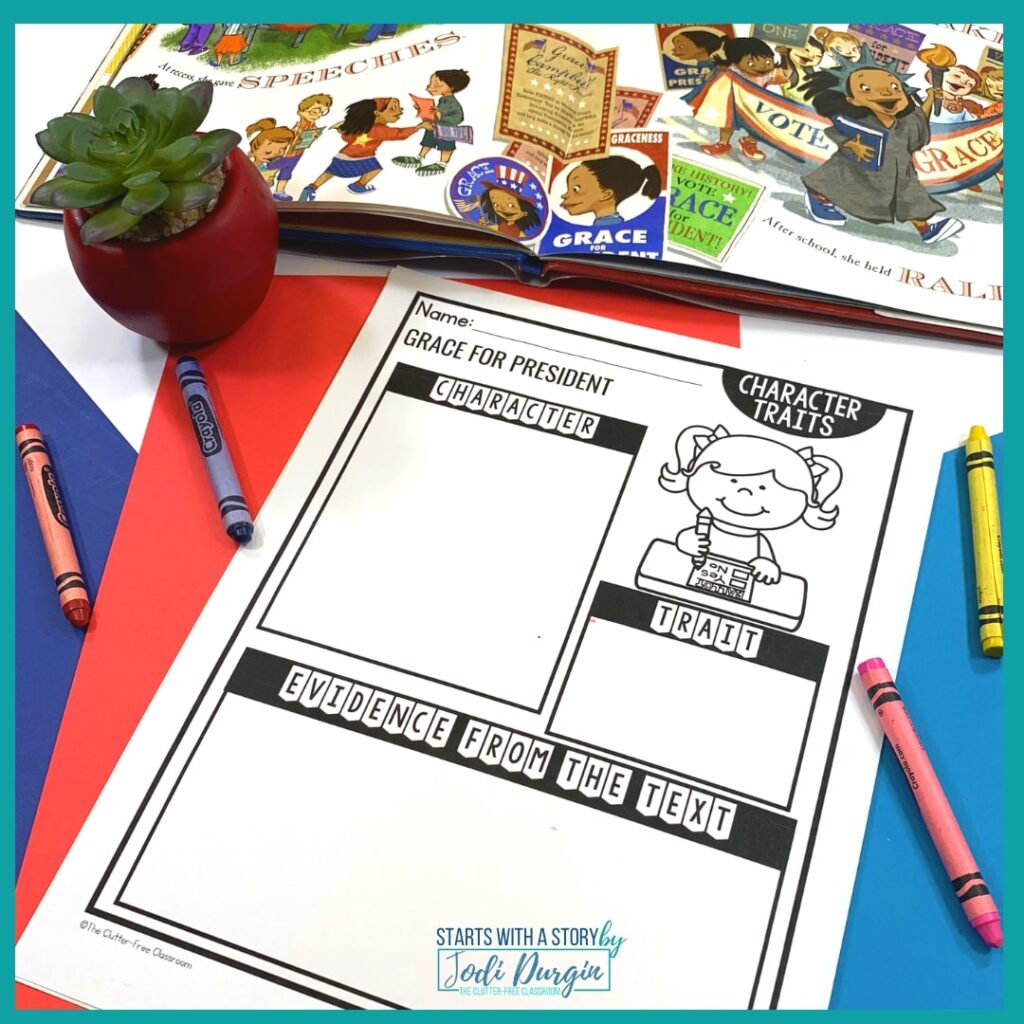 What are the reading levels for Grace For President?

The book was written by Kelly DiPucchio. It was illustrated by LeUyen Pham.

What genre is Grace For President?