WANT ALL THE FREEBIES? ➔

How to Teach Inferencing

When it comes to making inferences we usually only consider how important it is with regard to reading comprehension, but the ability to make inferences and draw conclusions has many valuable applications for learning math as well.

5 reasons why Making Inferences is beneficial for students to learn:

How to Teach Inferencing:

A few years ago I was reading the book Dear Juno to my class and the focus skill for the week in our reading curriculum was inferencing. I came up with a lesson idea that complemented the story and the skill so well, but it has since been used in thousands of elementary classrooms on it’s own. It ended up not only being the most effective way I ever taught inferencing, but also one of the most fun activities I then did year after year.

I started by making a list of staff members I wanted to include. I invited all of their former teachers and classroom aides, the principal, specialist teachers and other staff members they know well and come in contact with often to participate.

I sent each of them a letter explaining what I was doing along with an envelope and a piece of stationary for them to write on.  The letter asked them to each write my class a note that told the students a few interesting things about themselves. I asked them to put the note in the envelope along with 3 objects that would give us clues about who had sent the envelope to us.

I created an envelope too. It was addressed to the class, but had a question mark in the upper left hand corner. One of my 3rd graders spotted it in the morning during math workshop. I told them they would need to wait until after lunch to see what it was all about.

The waiting drove them crazy.

While they were at lunch I set up an inferencing chart using printables from the Mystery Mail Inferencing Activity Resource Packet.

I’ve never seen them come in from recess so eager to get started. There excitement was elevated when they spotted a second letter on the board next to the first.

I opened the envelope and took out the first item…a receipt from a small nearby theme park for little kids. I asked, “What does this object tell us about the person who sent the letter.” They came up with things like:

The next object was a shopper reward card for the local grocery store. They inferred that:

After the third clue I took out the letter…which was from me. I had written about how we would be working on inferencing, explained what inferencing was and promised that they would be getting more mystery mail throughout the week.

The excitement level in my classroom was through the roof every time a new letter appeared. It was so fun for me to see how quickly their skills developed. By the third envelope the quality of their inferences was so much higher than when we opened the first. A candy bar wrapper told them the person was not  allergic to nuts. A movie ticket stub had them inferring the sender was over the age of 18 because it was rated R.

This was such a motivating activity. They were quickly throwing around the word “inference” and begging for more. The next morning I found 6 envelopes on my desk that some of the students had made at home. I hadn’t asked them to. I didn’t even suggest it. The 6 kids aren’t even from the same table or especially buddy buddy which shows me that they all came up with the idea on their own. I totally heart when learning is so exciting that the extend upon lessons on their own at home.

When considering teaching about, or introducing inferencing activities, here are a few ideas to help learn this skill:

~Tell Middle-Schoolers about this scenario: A teacher returns a graded quiz, all of the students look happy except one, who quietly begins to cry. They infer, based on their experiences and knowledge that the quiz grade of the unhappy student was not a good one.

~Explain ‘everyday inferences’ to elementary school students by having them imagine  all of the students in their class were given a new toy, except one, who also began to cry. They would instinctively know why!

–I Want My Hat Back  (Jon Klassen)

–This is Not My Hat  (Jon Klassen) 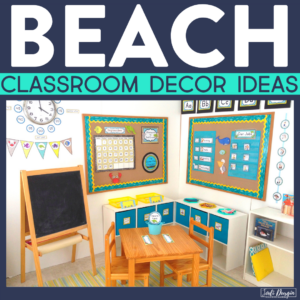 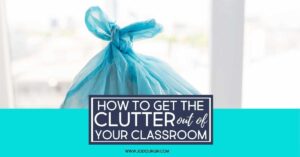 Declutter Your Classroom: Teacher Organization Tips to Get Rid of the Mess

Holidays Around the World Books for Kids